Real Madrid are celebrating their 33rd La Liga title success, their first since 2012, and Sport360 looks back at the five key matches during the Whites’ title-winning campaign.

Here, these matches made the difference between collecting silverware or finishing second to Barcelona over the course of the season for Real.

After three consecutive draws, Zidane’s men were under heavy pressure and needed a response. They got it in emphatic fashion in Andalusia, shredding Gus Poyet’s team with a clinical attacking display.

It was 4-0 by half-time as Raphael Varane’s strike was followed up by Karim Benzema, Marcelo and Isco, who also scored after the break before Cristiano Ronaldo completed the rout in a game which dispelled early doubts over their title credentials. 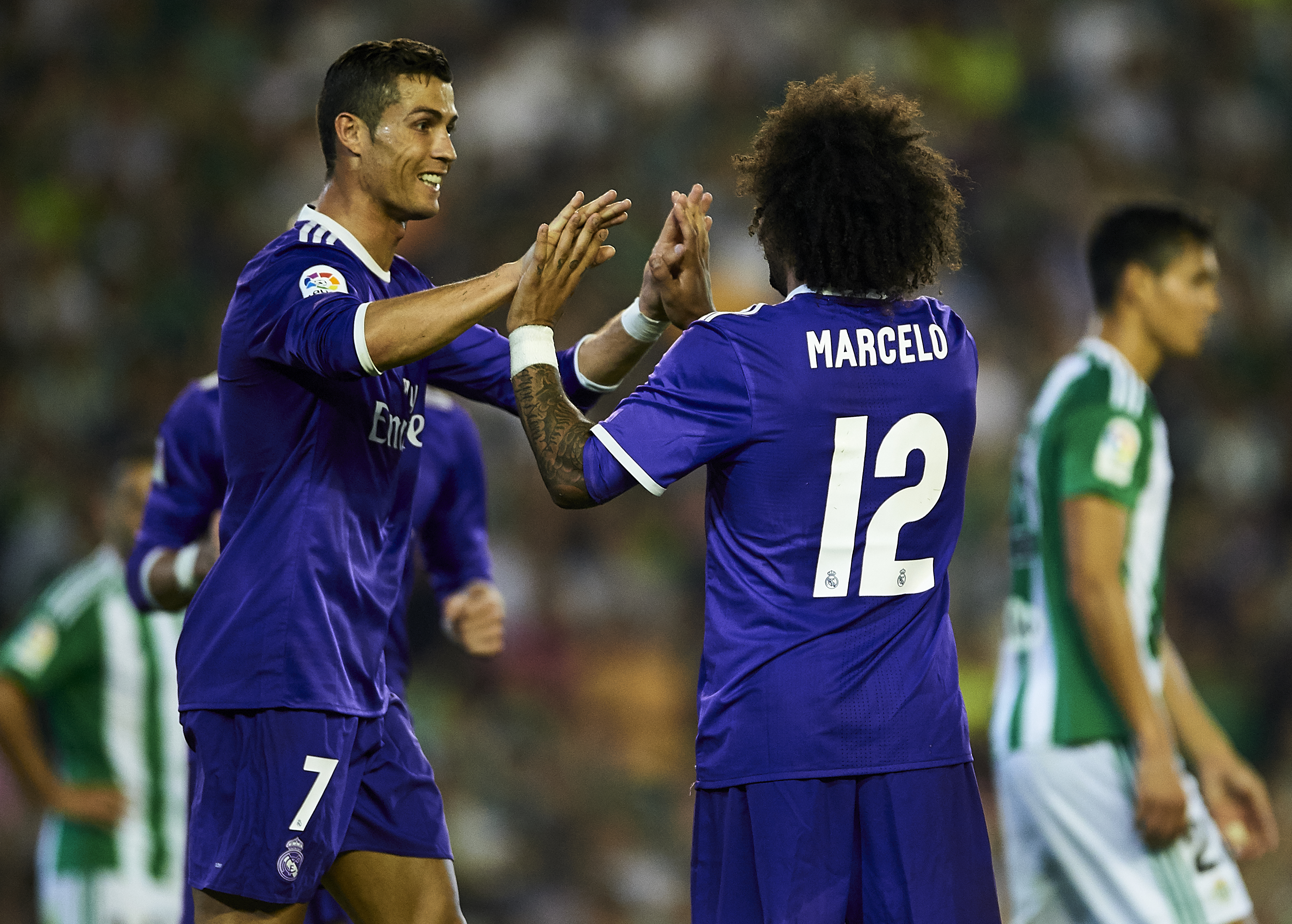 At a hostile venue where they had habitually struggled in recent times, Los Blancos well and truly flexed their muscles with an outstanding performance to overwhelm local rivals Atletico.

Cristiano Ronaldo was the man who made the difference with a decisive hat-trick, but in truth the victory came thanks to a superb overall team display which may well rank as their best under Zidane’s management. 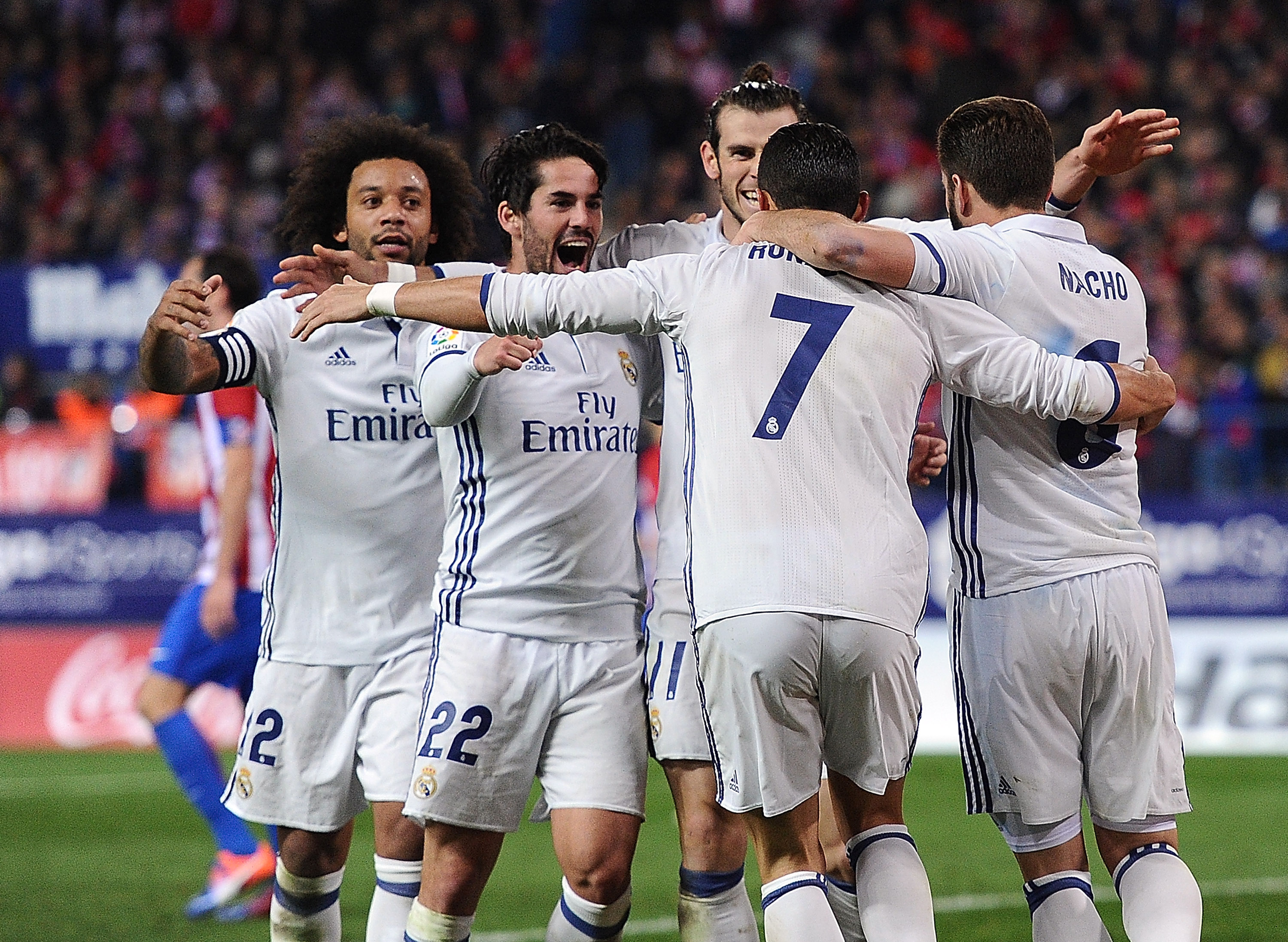 Luis Suarez’s goal early in the second appeared to have settled a surprisingly tame Clasico encounter, with Madrid rarely looking like grabbing an equaliser.

That changed in the dying seconds, when Sergio Ramos’s header from a Toni Kroos free-kick rescued a point which ultimately proved decisive in the title race – but only after an even later intervention from Casemiro, who headed Sergi Roberto’s goalbound effort off the line. 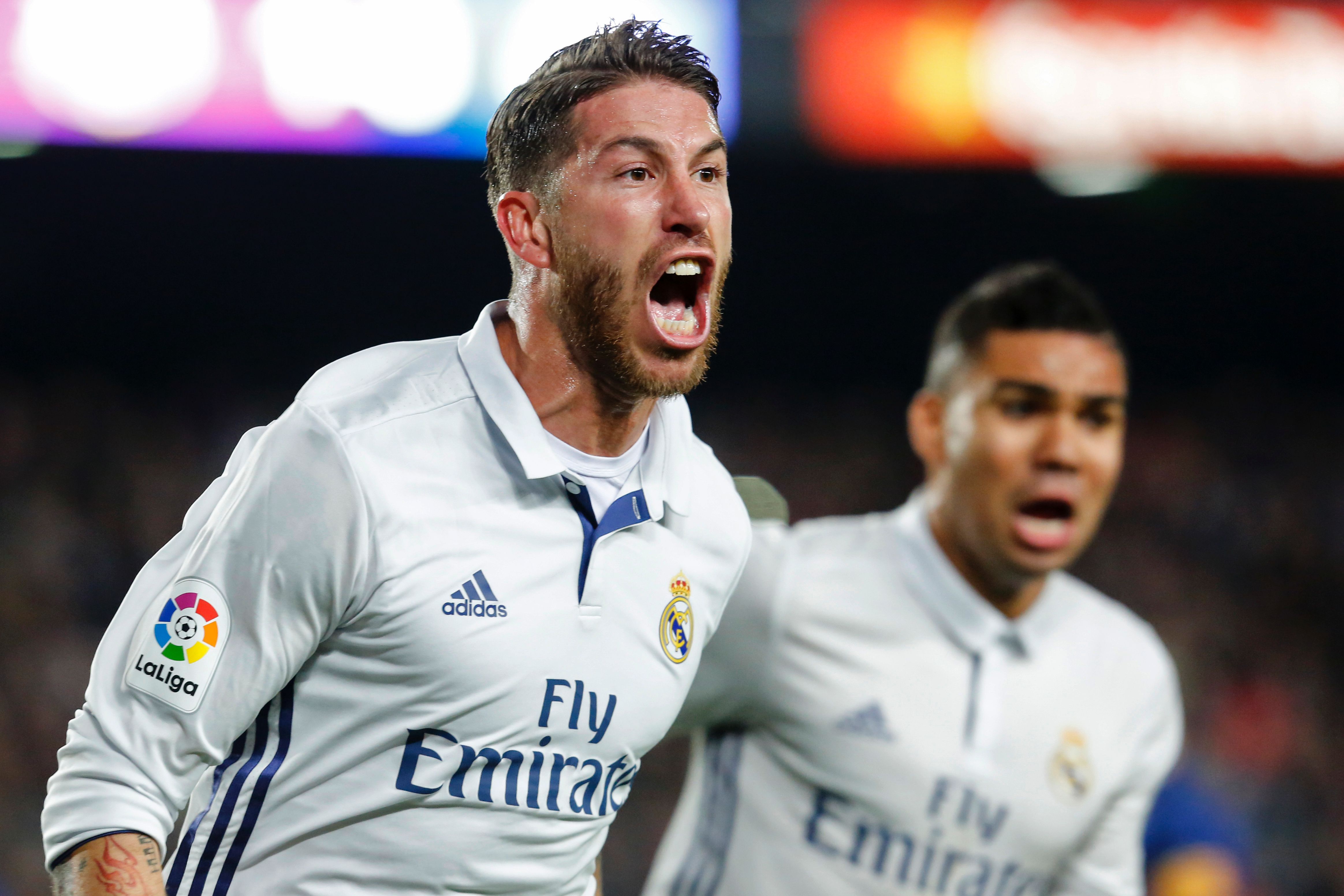 A few days after suffering only their second league defeat of the season at Valencia, Zidane’s men were in dire straits as they slipped to a two-goal deficit at rampant Villarreal early in the second half.

But they showed the never say die spirit which characterised their season to make a stirring comeback, launched by Gareth Bale, continued by Cristiano Ronaldo and completed in the final stages by Alvaro Morata. 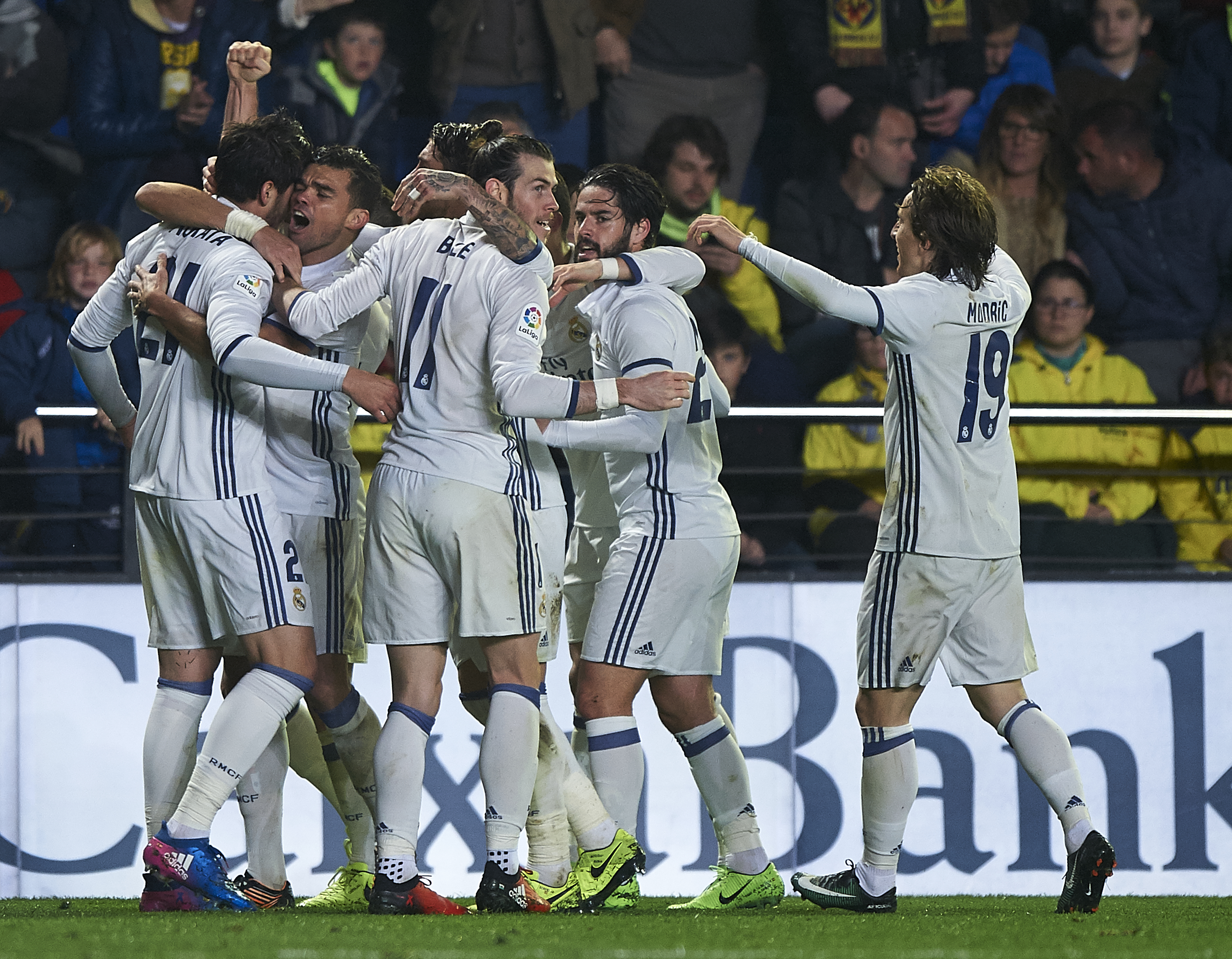 The weekend after losing to Barcelona in a dramatic Bernabeu Clasico, Los Blancos knew they couldn’t afford any more slip-ups as they hosted Valencia.

It was a poor performance but Cristiano Ronaldo’s goal appeared to be enough for victory until Dani Pareja converted a brilliant late free-kick. Rather than panicking, though, Madrid roused themselves for another stirring finish as the inspirational Marcelo surged forward to net a crucial winner. 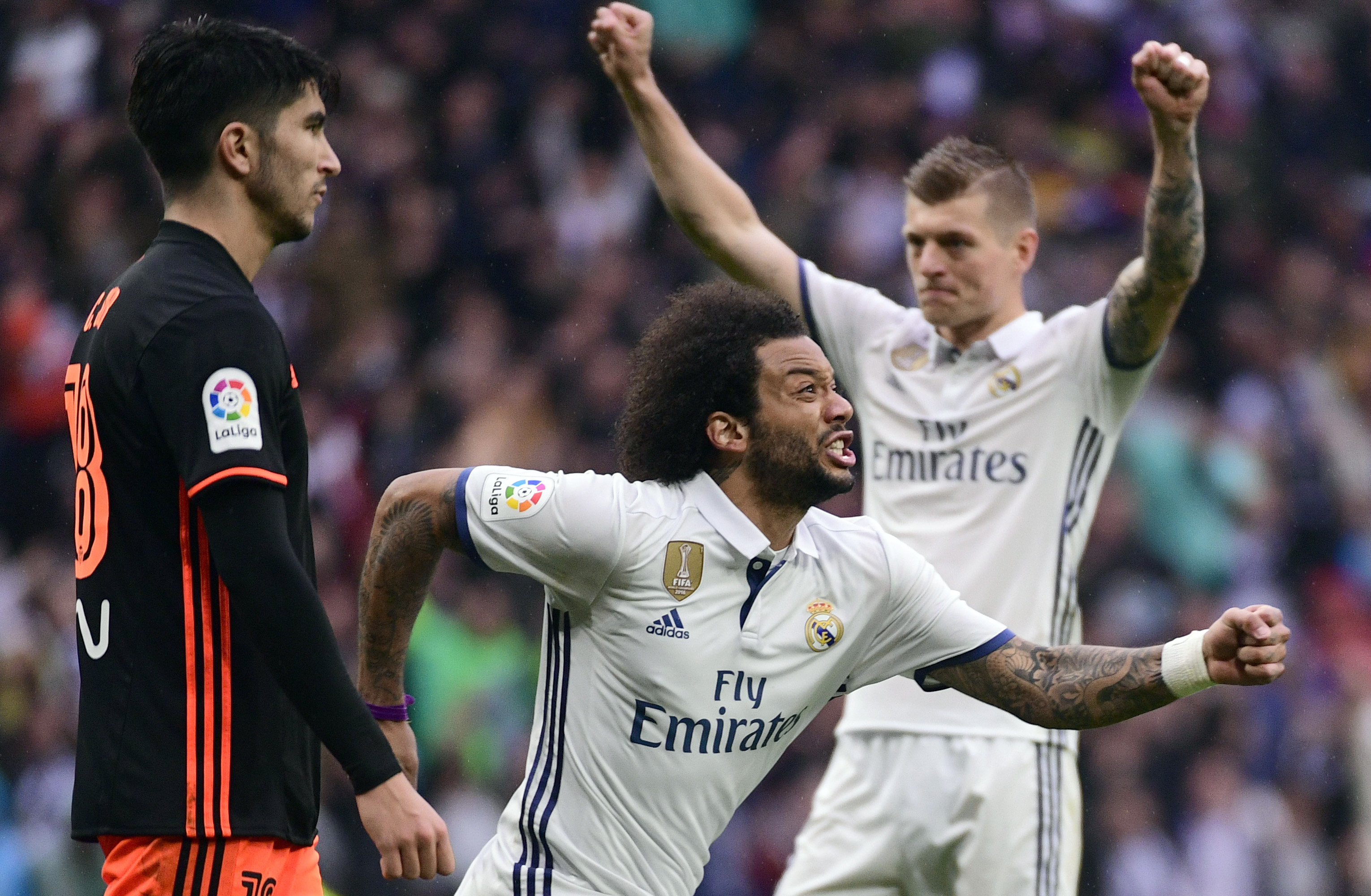 In Focus - How Alonso and Lahm performed in their final game