Pakistan needed to do all the running around in the second Test in Dubai having lost the first Test in Abu Dhabi in stunning circumstances. But it was Sri Lanka who played with authority to reach 254-3, thanks mainly to another splendid innings from left-handed opener Dimuth Karunaratne (133 not out).

While the first Test went off script towards the end as Pakistan failed to chase down 136 on a decent wicket, the opening day of the day-night match in Dubai went along expected lines on a flat pitch even though Sri Lanka tried their best on a couple of occasions to undo all of their hard work.

The tourists got off to a solid start as Kaushal Silva (27) added 63 for the first wicket with Karunaratne, before Silva went for an ugly cross-batted shot and perished.

Pakistan workhorse Yasir Shah (2-90) bowled a half-tracker and Silva tried to pull it on the on-side, only to nick the ball behind.

His dismissal brought debutant Sadeera Samarawickrama (38 off 35 balls) to the crease. And it was the debutant who put Sri Lanka firmly in control.

The right-handed Samarawickrama is already being talked about as the next Mahela Jayawardene and it wasn’t too difficult to see why. Two shots in particular against Shah stood out for their defiance. One a lofted drive over cover for a boundary in the 33rd over and then a hit over the long-off fence in the next over off the same bowler. 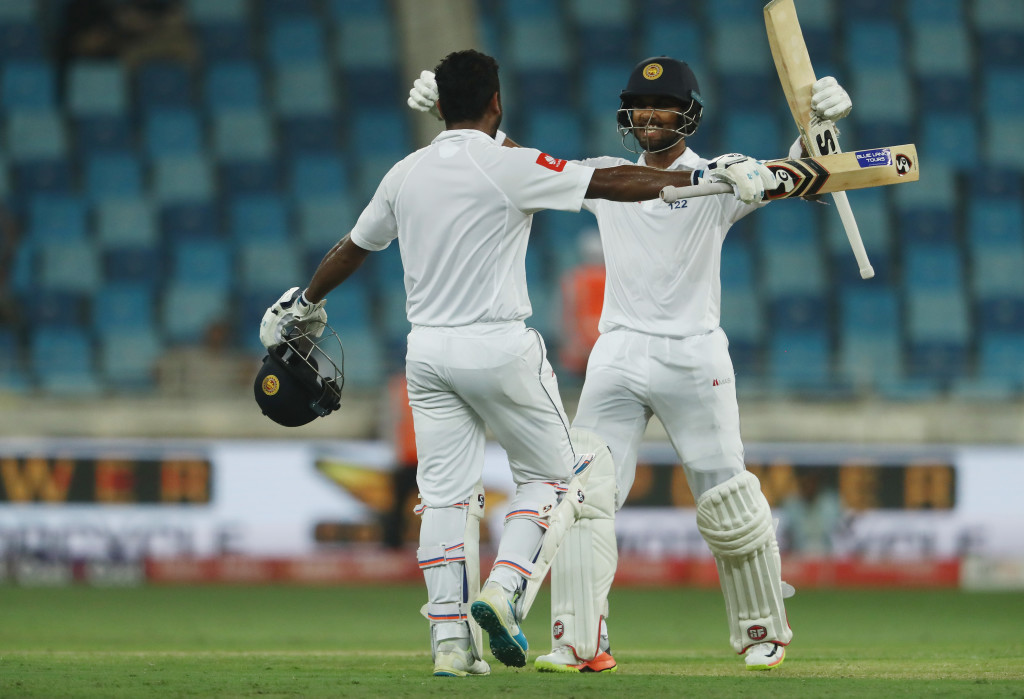 Sri Lanka ended the opening day in a strong position.

The 22-year-old looked set to take the match away from Pakistan on his own but his busy style brought about his downfall as an attempted push on the back foot off Mohammad Amir resulted in a leading edge that lobbed straight back to the bowler.

The second, post tea, session became even better for Pakistan when Kusal Mendis decided to whack Shah over the infield but only managed a sharp edge to first slip.

At 136-3, the match was in the balance but Sri Lanka captain Dinesh Chandimal (49 not out) dropped anchor and allowed Karunaratne to get on with the job without any more drama.

The left-handed Karunaratne has been splendid in the longest format of late, churning out scores of 97 and 141 against India a couple of months back and hitting 93 in the first Test in Abu Dhabi. 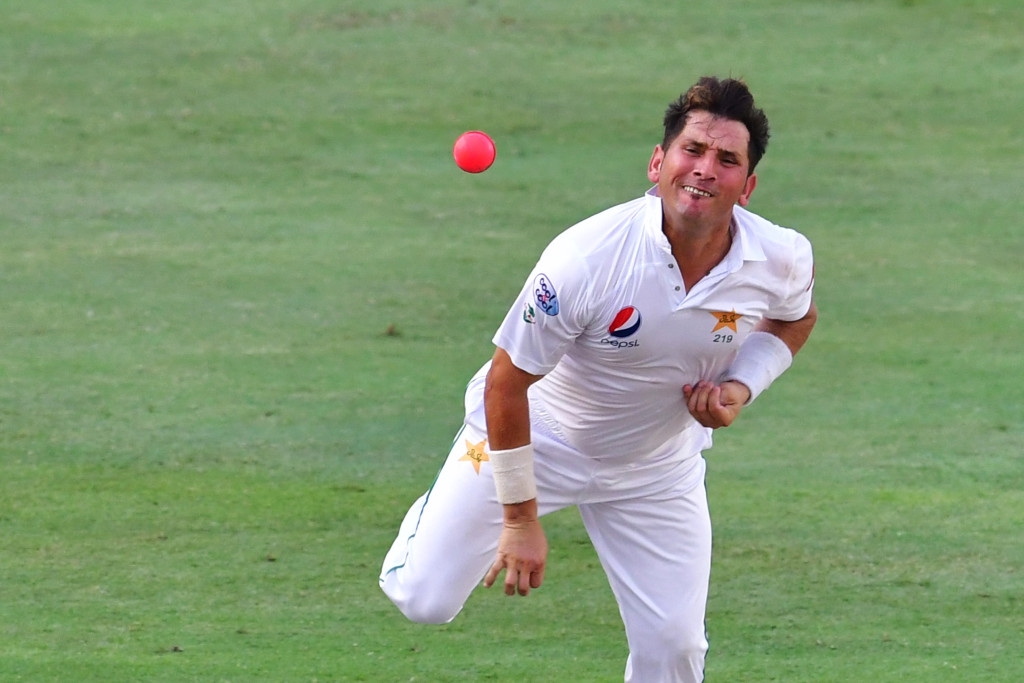 Yasir Shah was again left to toil away for Pakistan.

His control over his game was there for all to see when he pulled Amir in front of square and then late cut the left-arm quick for another boundary off the next ball in the 65th over to bring up his seventh Test century.

While the visitors deserve all of the credit for making the most of a flat wicket in Dubai, the lack of bite in Pakistan’s bowling couldn’t be ignored.

The hosts went in with just one main spinner in Shah and had to rely on the non-regular spin of Asad Shafiq and Haris Sohail in the final hour. Shah’s workload is now becoming a concern.

The leg-spinner bowled 29 overs on Thursday after hurling down 84 in the first Test and bowling 57 overs for Kent in the county championship in his previous first-class game. With Hasan Ali out and Amir walking off the field right before stumps, Pakistan have put all their eggs in one basket.

Pakistan need time to adapt to change following my retirement and...