Pakistan's excellent record in the UAE lies under threat in Dubai.

Mohammad Amir aborted his bowling innings after hurling down three overs in Dubai on Saturday. Wahab Riaz took a little over seven and a half minutes to bowl the 111th over of the Sri Lankan innings after pulling out of his run up five times. Later on in the second session, Riaz was warned for running onto the danger area.

The listless efforts of two premier left-arm pacers summed up Pakistan’s fortunes not only in the Dubai Test but the two-match series.

A combination of fitness issues, low bowling resources and a charged-up Sri Lankan team have brought Pakistan to the brink of their first Test series defeat in UAE ever since they moved base to the country after the terrorist strike on the Sri Lankan team in Lahore in 2009.

He underwent an MRI scan but we will never know whether those three extra overs made things worse for him.

Wahab has looked considerably less incisive than Hasan Ali, who got injured after the first Test in Abu Dhabi, and his ridiculously long 19th over was about the only highlight for him in Dubai apart from Dimuth Karunaratne’s dismissal’.

With no other frontline spinner in the side, leg-spinner Yasir Shah has been forced to the bulk of the bowling. His tally so far in the series is 84 overs in Abu Dhabi and 55.5 already in Dubai. 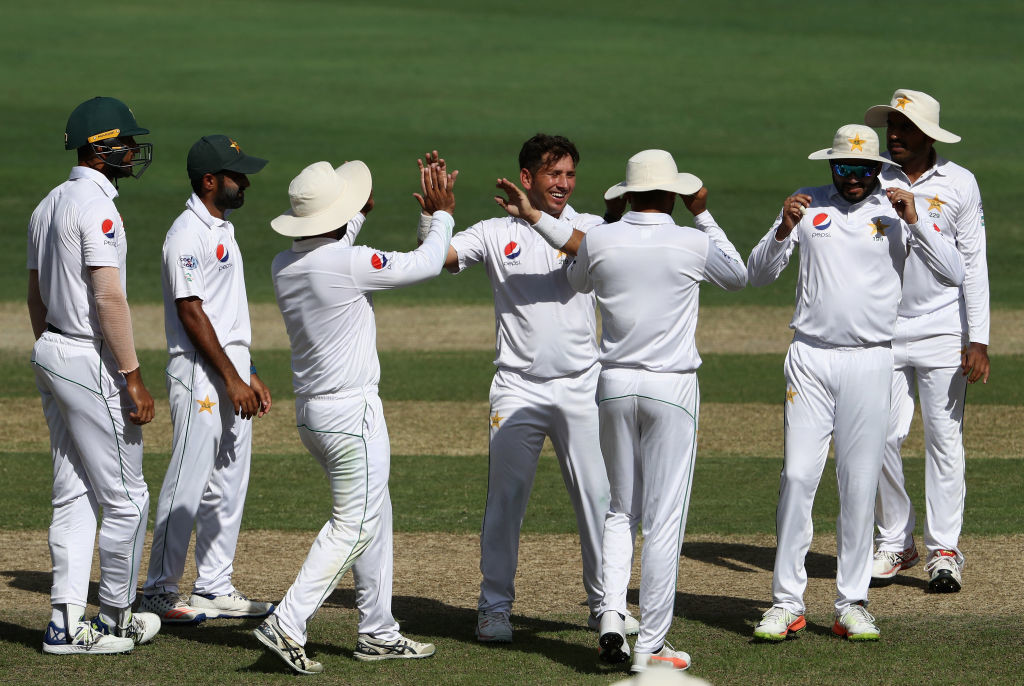 Yasir Shah had to do the bulk of Pakistan’s bowling on Saturday.

The moment Sri Lanka went after him, starting from Sadeera Samarawickrama on the opening day, Pakistan simply had nothing to fall back upon.

Pakistan management has been regularly asked about the logic behind fielding just one spinner and then relying on the part-time spin of Haris Sohail and Asad Shafiq. But no satisfactory answer has been provided.

All these individual pieces have combined to form a nightmare for Pakistan where the fast bowlers look far from effective, one spinner bowls 50 overs or more and part-timers bowl far too many overs.

And just as things have started to fall apart for Pakistan, Sri Lanka have picked their game up. This is the same Sri Lankan side that lost 9-0 to India across formats but Dinesh Chandimal, in his first Test series as full-time captain, has whipped the team into shape.

According to reports, discipline has been top priority for the islanders and one member of the current side has already been warned of possible suspension if he breaks team rules.

All that effort seems to be paying off. The tourists have put themselves in a great position to pull off an unprecedented series win. And if they do manage that, the perfect storm created in Pakistan’s dressing room would have played a major role in it.

Spinners and Jasprit Bumrah reduce Australia to 118-8 before rain...