Pakistan's score of 292 proved to be a tall order for the Sri Lankans.

Pakistan’s batting came good after more than their fair share of troubles in the Test series as they thrashed Sri Lanka by 83 runs in the opening game of the five-match ODI series in Dubai last night.

Babar Azam had a tough time in the Test series, failing to cross 30 in four innings, but delivered in the absence of the scoreboard pressure by notching up his sixth ODI century to lay the foundation for Pakistan’s commanding score of 292-6.

While Azam held one end, Shoaib Malik provided the much needed impetus with a belligerent 61-ball 81 – including five fours and two sixes – that made up for the relatively slow scoring rate of Azam who took 131 balls to make his 103.

In the end, that total proved more than enough as Pakistan bowlers continued their excellent run in white ball cricket, left-arm seamer Rumman Raees leading the way with 3-49 and making up for the absence of Mohammad Amir.

It was Pakistan’s first ODI since the win over India in the Champions Trophy final in June. Since then, Pakistan hosted a World XI at home for three T20s and then incredibly lost the two-Test series to Sri Lanka at their UAE base.

Uncertainty in batting transferred to Pakistan’s ODI top order early on as Ahmed Shehzad took 12 balls for his duck and Pakistan meandered to 36 for one after 10 overs. Champions Trophy final hero Fakhar Zaman batted the only way he knows, hitting 43 off 45 balls. But once Zaman was castled by an Akila Dananjaya wrong’un in the 17th over, Azam’s low scoring rate became a concern.

However, first Mohammad Hafeez (32 off 38 balls) and then fellow veteran all-rounder Malik got going. Malik signalled his intentions early on as he hit the 20th ball he faced for a six, becoming the fifth Pakistan batsman to hit 100 maximums in ODIs.

Malik’s ingenuity came to the fore in the 45th over as he carved two boundaries on the one side off seamer Lahiru Gamage despite four fielders in the deep on the on-side. 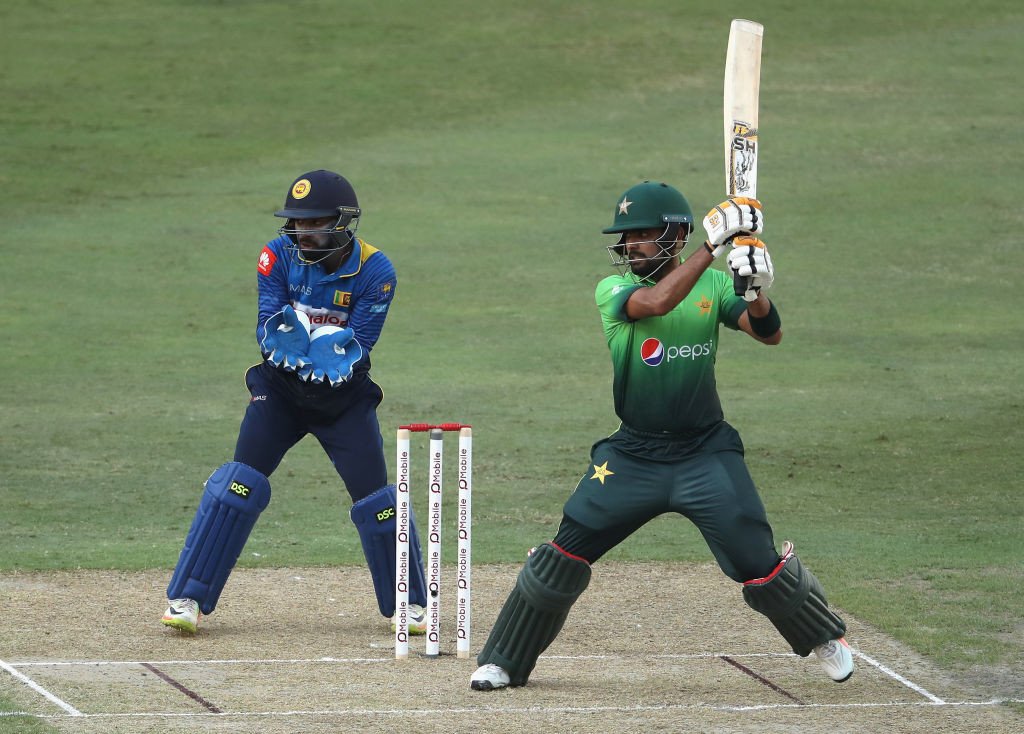 Azam reached three figures in the 48th over, making the most of the life he received on 42 when Dinesh Chandimal dropped a tough chance off him at mid wicket.

Sri Lanka’s chase was stymied at the top with left-arm seamer Raees getting appreciable movement off the pitch. He got Niroshan Dickwella (19) to poke at one outside off to the keeper and then trapped batting mainstays Chandimal (4) and later Lahiru Thirimanne (53) lbw with sharp in-swingers.

The chase had effectively ended when Hasan Ali took two wickets off successive balls in the 16th over, first getting Kusal Mendis out hooking to a short ball and then rattling the stumps of Malinda Siriwardana from round the wicket.

By the time leg-spinner Shahdab Khan got a bowl, 25 overs had been bowled and five Sri Lankan batsmen were back in the pavilion.

Dananjaya (50 not out) and leg-spinner Jeffrey Vandersay (25) added 68 for the eighth wicket but the game had been over as a contest long before that.

ODI cricket will gain the most from ICC’s new system

Final T20I between India and Australia at Hyderabad called off du...

Ireland to play first Test with Pakistan in May next year after c...