A season to forget for RCB [Sportzpics]

The 2017 Indian Premier League [IPL] is into its finishing stretch and, as usual, some of world cricket’s biggest names and a few lesser known youngsters have caught the eye with some really impressive performances.

On the other hand, there have also been teams and players from whom a lot was expected, but they weren’t able to live up to the expectations. Here, we have a look at five such disappointments from the season.

Having lost in the final of the 2016 edition, Royal Challengers Bangalore came into this tournament as one of the favourites. But what followed was something everyone related to the franchise will want to quickly forget. A star-studded squad – with the likes of Virat Kohli, AB de Villiers, and Chris Gayle – finished last on the points table with just three wins in the entire season.

The Bengaluru-based franchise did suffer setbacks even before the tournament had started with KL Rahul and Sarfaraz Khan ruled out due to injuries. Even English pacer Tymal Mills, who was bought for $1.8m at the auction, ended up featuring in just five matches due to back and hamstring injuries. 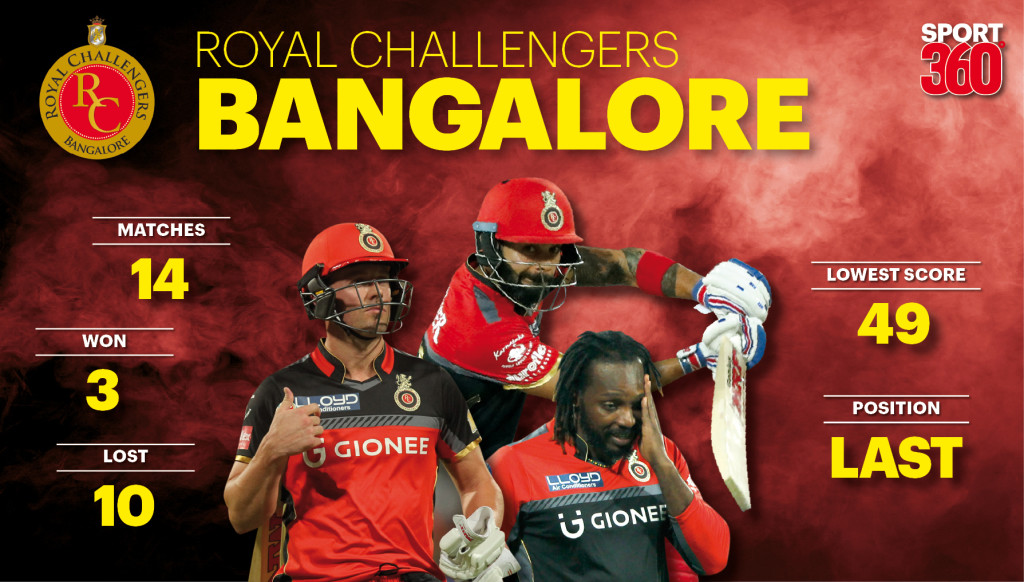 The Lions finished at the top of the table in the league stage last season and came into this year’s IPL with a good squad that was expected to challenge for the playoff spots. The campaign didn’t go according to plan, though, as they finished seventh after registering just four wins. Dwayne Bravo was a big miss for Gujarat as their bowling was often found wanting, despite the emergence of Basil Thampi who impressed with his pace and yorkers.

Andrew Tye was superb with the ball in the middle stages of the tournament, but he suffered a shoulder injury during the game against Mumbai Indians which ruled him out of the remainder of the tournament and that ended up being a killer blow for the Lions. 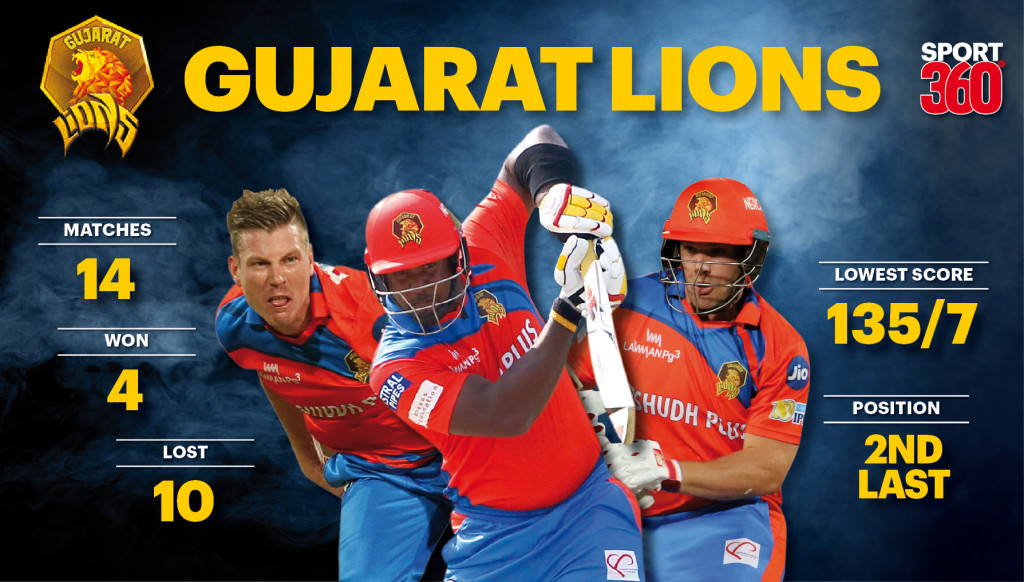 After Ishant surprisingly went unsold at the IPL auction earlier this year, Kings XI Punjab decided to add the Indian fast bowler to their squad just before the start of the season.

Although Ishant did trouble a few batsmen with his pace and bounce at times, he had a season to forget as he did not manage to pick up a single wicket in the six matches he played in. The 28-year-old was also quite expensive, conceding 179 runs from 108 deliveries at an economy rate of 9.94. 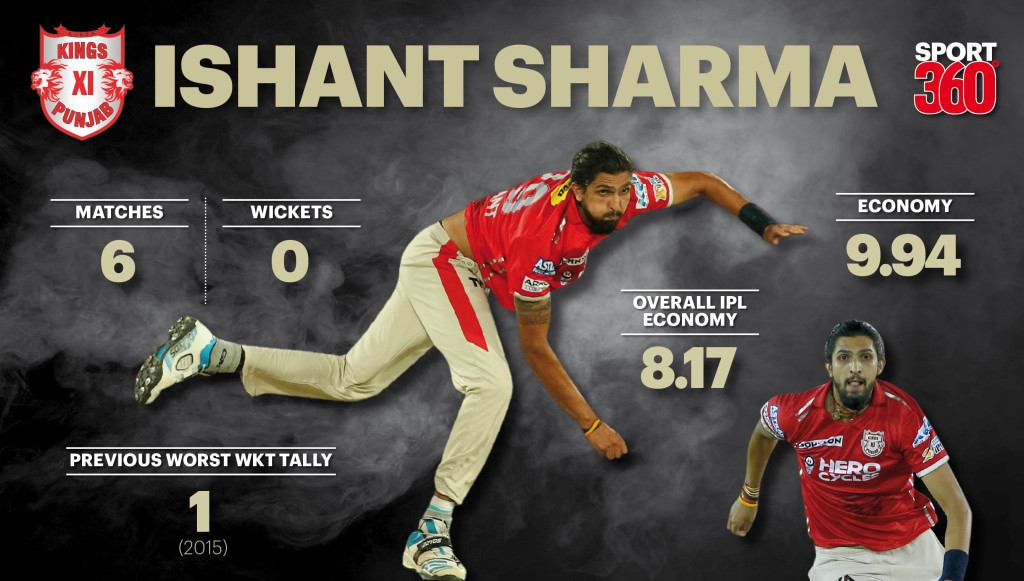 The Royal Challengers had a lot of players who endured a disappointing season this year and Australian all-rounder Shane Watson was one of them. Watson was named as the stand-in captain for the first three matches of the season as skipper Virat Kohli was recovering from a shoulder injury.

The 35-year-old began the season well with a brilliant spell in the death overs against Delhi Daredevils that won the Royal Challengers the game while defending a modest total. But by the end of the season, Watson looked a pale shadow of the cricketer that was the Most Valuable Player in the league in 2008 and 2013. 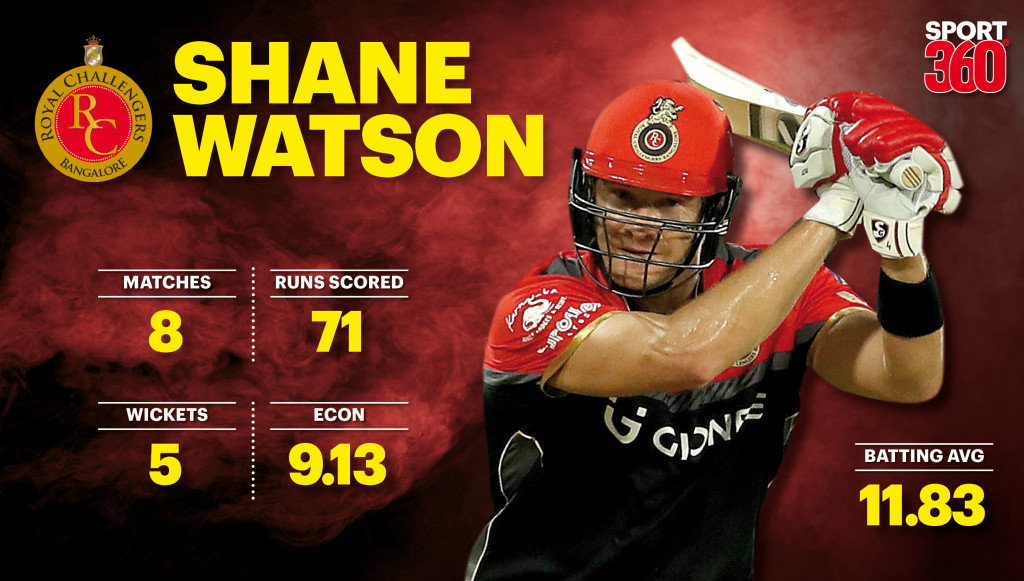 Coming into the tournament on the back of an outstanding Test season, Ravindra Jadeja was expected to lead the Gujarat bowling in the absence of Bravo.

Jadeja, though, did not have the best of times when it came to his bowling as he managed to pick up just five wickets from 12 matches. In fact, in the last six games that the Lions played, the left-arm spinner took just one wicket.

The 28-year-old did much better with the bat – notching up 158 runs at an average of 39.50 and a strike-rate of 139.82. His fielding was top notch as he was responsible for a number of run-outs during the course of the season, but his main discipline i.e bowling was a letdown. 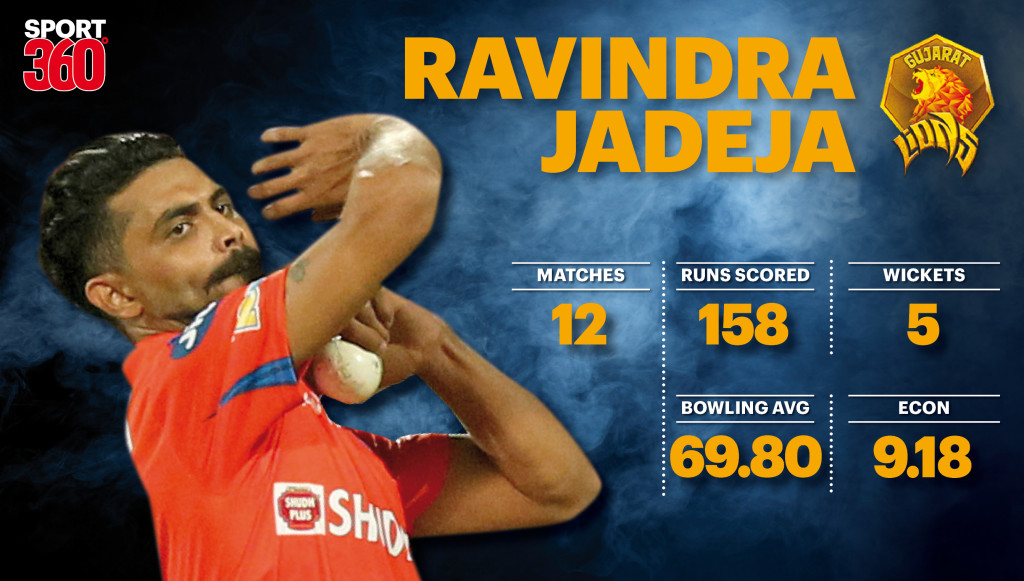 Overseas captaincy is a catch-22 situation in Indian Premier Leag...