Speaking in soft, hushed tones, it is difficult to accept Marouane Fellaini as a destructive force on a football pitch.

Yet at Manchester United he has acquired a reputation for being reckless, deemed a liability by some critics.

Fellaini pays no attention to unsavoury comments as he told Sport360 exclusively: “It’s always like that. You are a professional footballer and the critics will always be there.”

“I’m so used to it now. But I don’t listen, I do my job and no, it doesn’t affect me. I cope with that because I just want to play football, always wanted to play football.”

“I know what I can do, the manager, the staff, the club trust me and that’s the most important thing for me. The comments, I don’t listen.”

It is such trust that will mean, barring an injury setback, Jose Mourinho turns to Fellaini in Wednesday’s Europa League final against Ajax, to help United claim the trophy and a place in next season’s Champions League.

It is such trust that has seen the 29-year-old be a key member over the past decade of a Belgium team that has grown to be one of the world’s best.

Laszlo Boloni, formerly in charge of Al Jazira and Al Wahda, was another coach who had faith when they were together at Standard Liege and he had to sell him to Everton for £15 million in 2008.

He felt Fellaini was “unique”, recognising how he had that strength to hold the ball up in midfield and power forward with a purpose, be an imposing figure to help out at the back with his aerial qualities, and also able to disrupt defences in search of a crucial goal at the other end. 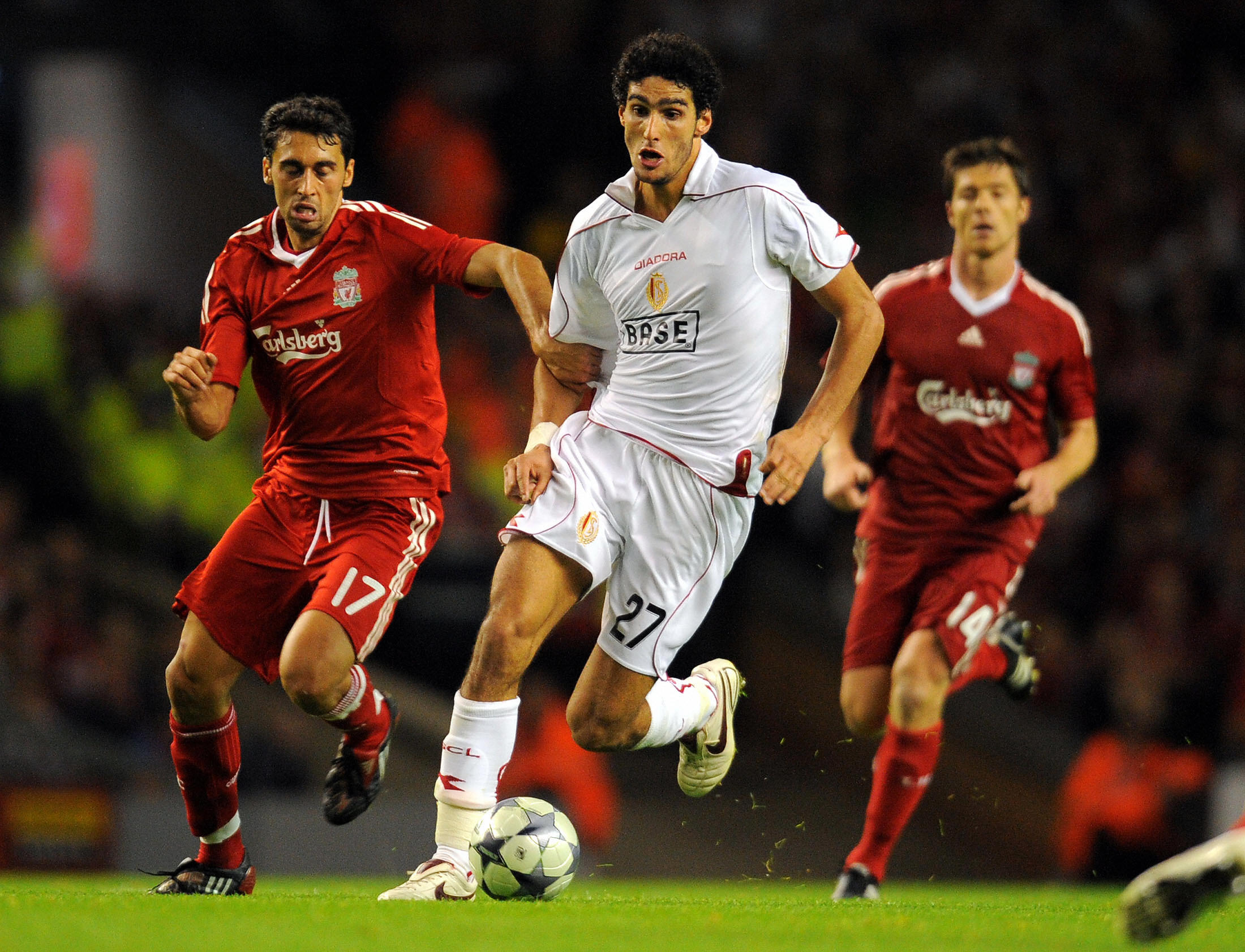 At Liege and Everton he stood out, stood tall, but it has been difficult to gain similar acclaim at United – after becoming the first major signing of David Moyes’s troubled tenure at Old Trafford in 2013.

Fans have been frustrated, divided by the £27.5m buy’s contributions and reckless, indisciplined antics.

But Fellaini is the awkward player that opponents often detest facing, and his team-mates and managers appreciate.

“I played more than 10 years for the national team, have 74 caps, played in the World Cup, the Euros, I don’t have to say things to anyone, you know,” he added.

“The manager gives me faith and of course that helps. When someone gives you such confidence you try to give it back.”

“Pressure? If you want to do well, you have to have pressure and cope with it. Now I work every day to play games, to play in this team and I am happy for that.”

Having already lifted the League Cup, Fellaini is desperate to win more trophies with United and be part of their ambitious future. 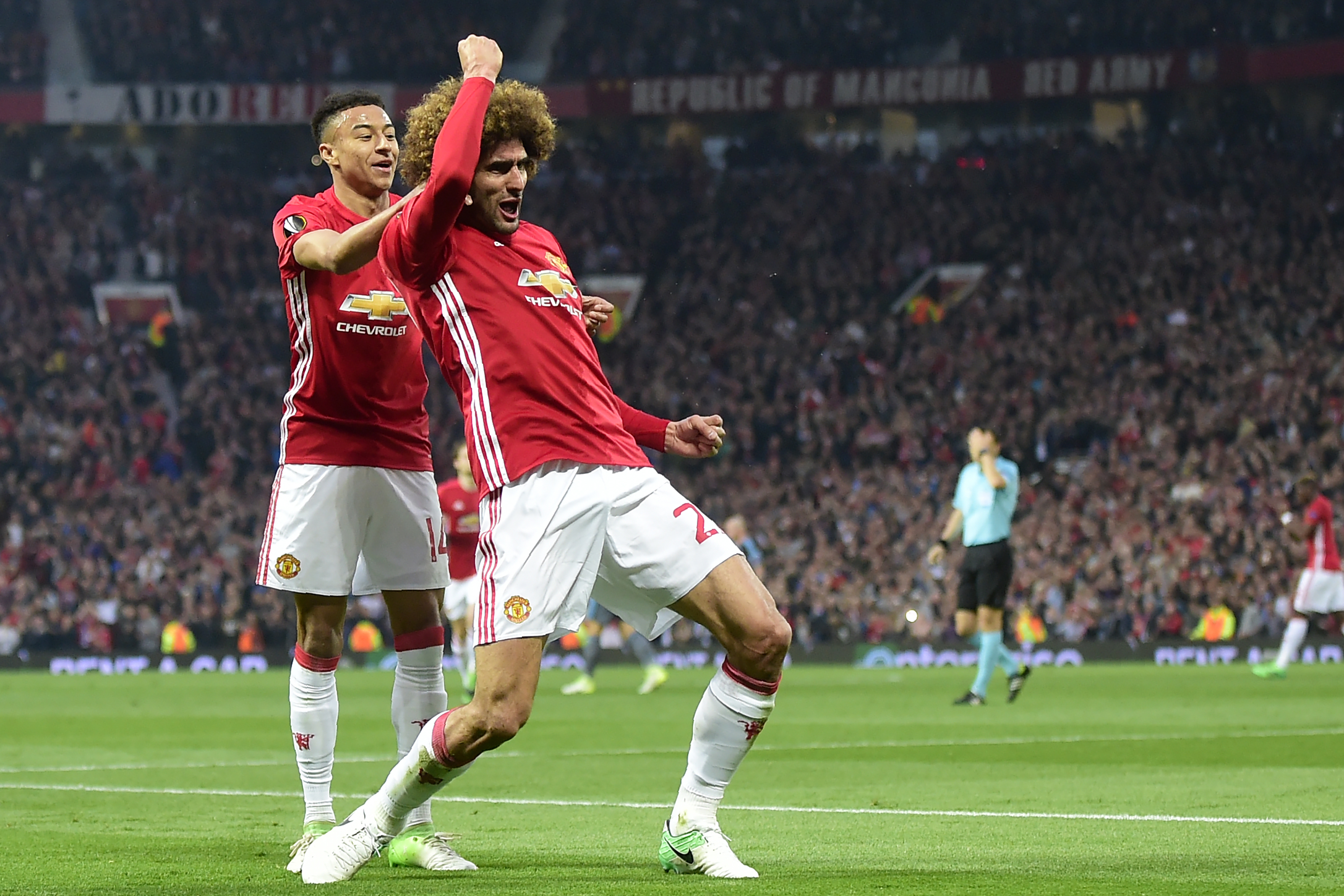 Linked with a summer move to Turkish side Trabzonspor, he said: “I am happy here. I still have a contract so we will see what happens in the future.”

“It was a dream to play in the Premier League. Now I am here at Manchester United, I’m in and want to stay there. I work every day with the great players, with great staff, at a great club and I’m happy to be here and try to give everything for this club.”

“This team is growing. The coach wants to build this team buying talented players like Paul Pogba, Henrikh Mkhitaryan, Eric Bailly who is young and talented, and bringing in experienced players like Zlatan Ibrahimovic. Slowly, slowly this will be his team and it will compete for the big trophies.”

The Europa League is the target now and Fellaini, whose second-leg goal against Celta Vigo sealed their place in Stockholm, added: “It’s a big trophy. The club has never won it in its history so we have a chance to do it. All the players want to do it. We have prepared ourselves well for this and we will be ready.”

“A club like Manchester United needs to play in the Champions League and we will do everything to get there. This is the biggest game of my career.”

“We know it will be tough, we play against a young talented team in Ajax so we have to be careful. We cannot take anything for granted. But I hope we will win.”

Mourinho: "Hearts and minds" are with city of Manchester