American Justin Thomas equalled the lowest score in major championship history as England’s Tommy Fleetwood remained in contention for a maiden major title in a pulsating US Open.

Thomas fired nine birdies before finishing with an eagle on the 18th to card a nine-under-par 63 at Erin Hills, the lowest score in relation to par in tournament history – eclipsing the eight-under 63 by Johnny Miller to win at Oakmont in 1973.

That took the 24-year-old to 11 under and a share of second place with Fleetwood and Brooks Koepka, who both shot 68 to finish a shot behind leader Brian Harman, who compiled a flawless 67 as he bids to become the first left-hander ever to win the US Open.

“A 63 for a par 72 is a heck of a score, even if it was the Milwaukee Open.” – @RyanLavnerGC spoke to Johnny Miller and relayed his less than gracious reaction to losing his record.

SHOT OF THE DAY

Thomas had 310 yards to the pin for his second shot to the 18th and hit a perfect three-wood onto the green to set up the eagle putt from seven feet which completed a record-breaking 63.

Justin Thomas has this left to shoot the lowest ever #USOpen round. https://t.co/Z1UKScUWyg

ROUND OF THE DAY

It has to be Thomas again, who fired nine birdies, an eagle and two bogeys in his 63, while also missing from six feet for an eagle on the 15th after driving the green on the short par four.

The best round in relation to par in U.S. Open history.

QUOTE OF THE DAY

“At 12 under par, I’d have a 10-shot lead at most (US) Opens.” – Leader Brian Harman reflects on unusual scoring conditions this week.

STATISTIC OF THE DAY

In the first 116 stagings of the US Open, only six players had reached 10 under par at any point. Five players ended Saturday at -10 or better – via @JustinRayGC

The par-four third hole proved the toughest on day three, with a tricky pin position at the back of the green contributing to 20 bogeys, two double bogeys and just two birdies for a scoring average of 4.368.

For the first time this week the easiest hole was not a par five, with a forward tee turning the 15th into a reachable par four of 288 yards. Exactly half of the 68-man field played it under par as three eagles and 31 birdies produced a scoring average of 3.515.

Recapping the top moments from the third round of the 117th #USOpen at Erin Hills. pic.twitter.com/U520Pwff5A

The prospects of a seventh consecutive first-time major winner. None of the top 16 players have won a major before, with Masters champion Sergio Garcia and 2010 Open winner Louis Oosthuizen both eight shots off the lead.

Paul Casey carded a triple bogey for the second day running but unlike on day two, was unable to bounce back with five birdies in succession. Casey’s third round of 75 dropped him from a tie for the lead to joint 17th. 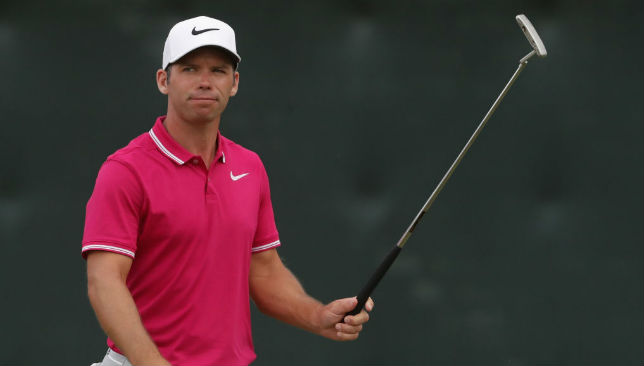 Rory McIlroy looking on bright side after missing cut again at US...

Debate: Will Dustin Johnson successfully defend his US Open title...

US Open: Dustin Johnson has the brawn and golfing brain to overpo...

Woods arrested on suspicion of driving under influence