MG Keyser survived a shaky start and a late wobble to complete a tense victory in the Dubai Creek Open on Wednesday.

The 30-year-old South African, two in front overnight, closed with a level-par 71 to finish on 13-under for the tournament, beating his nearest rivals, Dubai-based Rayhan Thomas, and England’s Todd Clements of England — both amateurs — by two shots for his maiden win on the MENA Tour.

Keyser, who is now based in Dubai, made a bogey-double bogey start, but showed steely resilience, picking up three shots in his next four holes to regain the lead. Just when he appeared to be cruising home, Keyser double-bogeyed the 17th after smashing his drive into the Dubai Creek, but he kept his calm under pressure.

Standing on the final hole with a one-shot lead, he managed a solid par four as Thomas was unable to recreate the brilliance of his second-round 61, studded with world record-equalling nine birdies in a row, and three-putted from 15 yards to settle for tied second.

“It feels great to get the job done. I am really enjoying my golf for the last six months or so. Just keep working hard on my game and just keep smiling is what I strive to do,” said Keyser after receiving the winner’s trophy from MENA Tour patron Darren Clarke, who himself featured in the field.

“It was some battle out there after that nightmarish start, but I played well in the middle and kept it going, though Rayhan, who is a good friend, did put some pressure.

“After that double-bogey (on the 17th), I hit a good drive on the final hole and managed to make par which, in the end, proved enough to see off Rayhan,” Keyser added, who won his first professional title in an Asian Development Tour event in Malaysia last year. 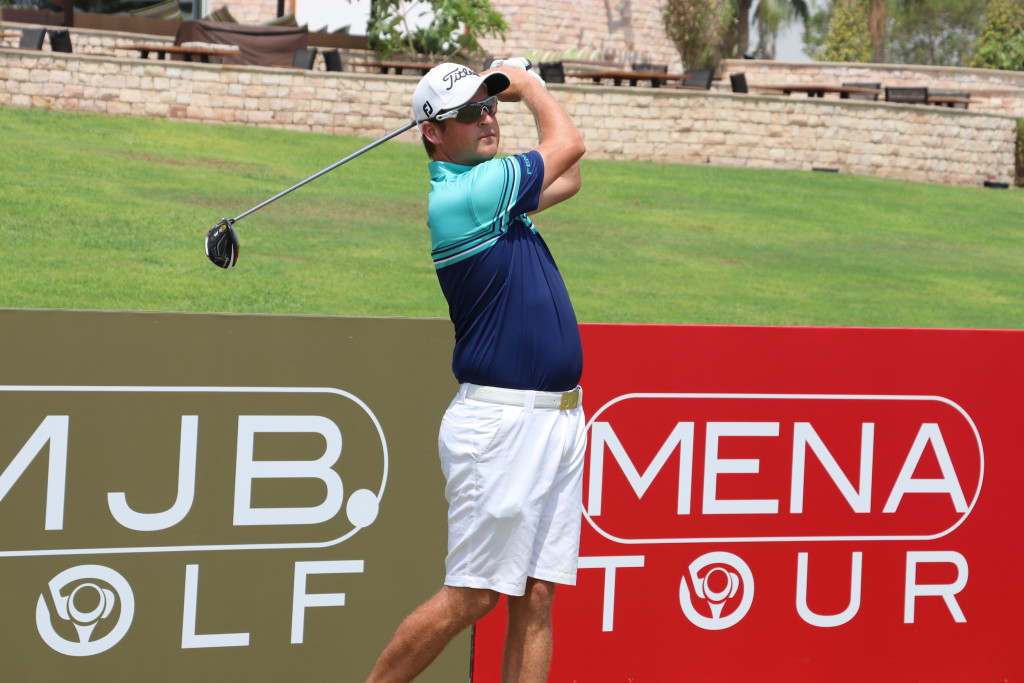 Keyser held his nerve at the end.

Thomas felt he had his chances to become the first amateur to retain his title, but made too many mistakes out there. “Missing at least three close range birdie putts, especially a four-footer on the 15th, cost me dearly. MG is probably the best player I have ever played with on the MENA Tour. He thoroughly deserved to win,” said the 17-year- old, who matched Keyser’s course record of a 61 in the second round.

Playing in the company of Clarke, young Clements shot a bogey-free 66 to move into a tie for second with Thomas in a reflection of the rising standards of amateurs on the MENA Tour.

The 2011 Open champion Clarke carded a final round 74 to settle for a share of 16th on two-under while Fredrik From of Sweden and India’s Abhishek Jha were tied for fourth on seven-under, one ahead of a five-man ground, which included Hamza Amin of Pakistan.

The MENA Tour next travels to the Els Club for the GOLF CITIZEN Classic, starting on Monday.