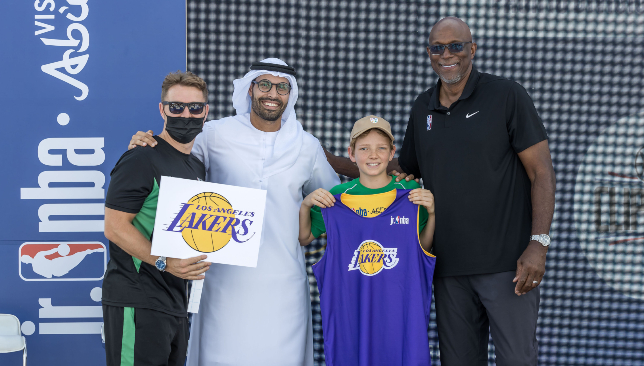 Young basketball enthusiasts in the UAE will have a chance to showcase their talents with the launch of the first Jr. NBA Abu Dhabi League on Sunday.

The joint venture between the Department of Culture and Tourism – Abu Dhabi (DCT Abu Dhabi) and the National Basketball Association (NBA) will see 450 boys and girls aged 11-14 from 30 Abu Dhabi schools participate in a youth basketball league.

The action in the Jr. NBA Abu Dhabi League begins on Saturday, March 5 and will culminate with the final on May 21. The draft for the league was held on February 27, with each of the 30 participating schools being assigned an NBA team.

The schools were subsequently provided with branded merchandise from the corresponding NBA teams for their scheduled matches, basketball development clinics, skills challenges and contests.

The youth league is part of a groundbreaking multi-year partnership between DCT Abu Dhabi and the NBA. The deal will the UAE capital becoming the first city in the Arabian Gulf to host pre-season NBA games in October this year.

Other facets of the partnership entail a variety of interactive fan events featuring appearances from current and former NBA stars, an NBA 2K league exhibition event and a series of NBA fit clinics.

The Jr. NBA Abu Dhabi League will form a part of the famous global Jr. NBA programme. The maiden edition has participation of 20 schools in the boy’s category, while 10 schools have signed up for the girl’s category. Expansion plans for the future should see the further addition of schools and leagues in the coming years.

“It’s an honour for Abu Dhabi to host the first Jr. NBA League in the UAE, which will inspire boys and girls across our emirate to take part in this highly popular sport,” His Excellency Mohamed Al Mubarak said during the draft event.

“As someone who grew up loving basketball, I know first-hand how amazing this sport is. It truly brings communities together, builds teamwork, encourages leadership skills and promotes healthier lifestyles, creating life-long memories along the way which is what Abu Dhabi is all about.

“We’re so excited to share our love of basketball with the rest of the world, while working together with the NBA to foster the next generation of sporting talent.” 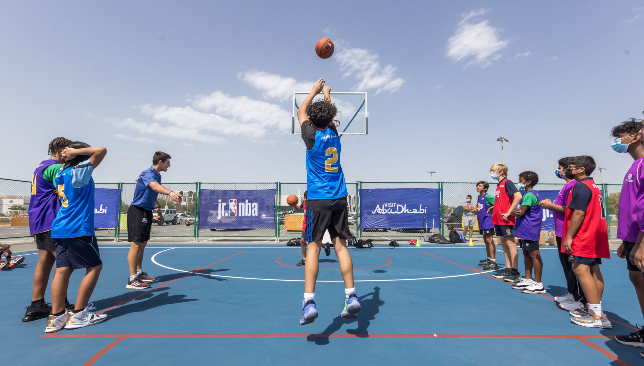 His enthusiasm was shared by Drexler, with the 10-time NBA All-Star expressing confidence in the program’s ability to fast-track the development of the sport in the region.

“It was great to get on the court and share my love of the game with the boys and girls participating in the first Jr. NBA Abu Dhabi League,” he said.

“Basketball inspired me to reach for my dreams, and I know this program will do the same for kids in Abu Dhabi. Who knows, the next NBA legend could be found in this league.” 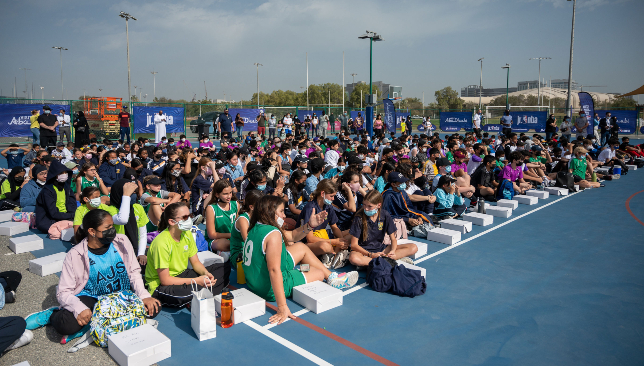 Meanwhile, Rivera said: “It’s great to be back in Abu Dhabi for the launch of the inaugural Jr. NBA Abu Dhabi League, which marks an important milestone in our partnership with DCT Abu Dhabi.”

“Increasing youth participation for boys and girls is part of our mission to promote the values of teamwork, respect and inclusion while inspiring and connecting the next generation of players and fans through the game of basketball,” he added.