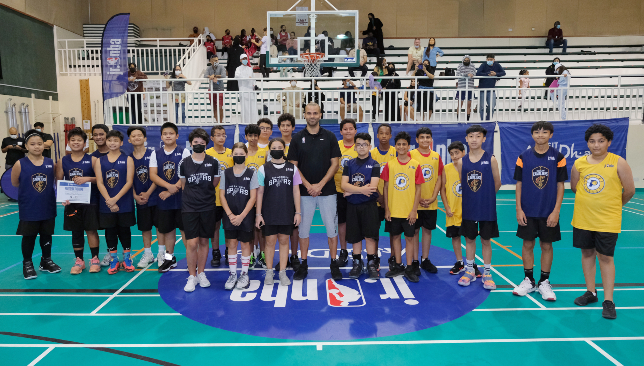 Four-time NBA champion Tony Parker added to the opening day excitement at American Community School of Abu Dhabi when the landmark, three-month-long competition got under way.

The iconic ex-San Antonio Spurs point guard held a special one-v-one challenge and question-and-answer session for the teams present, from which eights boys’ games and four girls’ games were played by the competitors who are all 14-years old or under. Parker, 39, named the unforgettable Kobe Bryant as the best player he’d played against, while also giving the children invaluable knowledge about how he’d succeeded in the game.

But it was Patrick Abou Jouade, 13, who had the honour of both scoring the first Jr. NBA points and receiving it’s opening Player-of-the-Match gong. His Lycee Francais International Theodore Monod, playing for Brooklyn Nets, earned a 35-2 win versus Horizon Private School.

The Jr. NBA is part of a ground-breaking, multi-year partnership between the NBA and the Department of Culture and Tourism, Abu Dhabi (DCT Abu Dhabi). It aims to teach youngsters about the fundamentals of the game, while also promoting the values of teamwork, respect, determination and community. 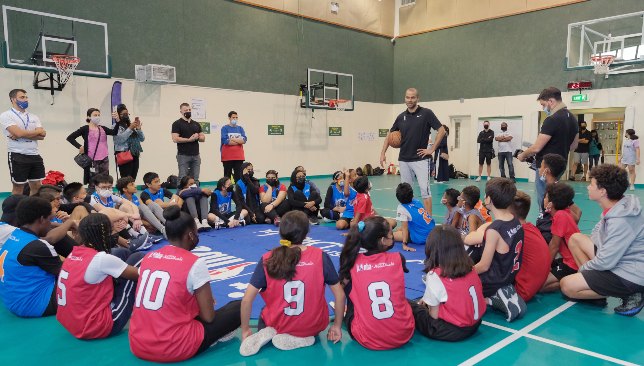 Winners – across 72 games, including play-offs – will gain the chance to watch October’s ground-breaking live NBA pre-season matches in the UAE capital. Scouts will also select one boy and one girl to experience the basketball education of a lifetime at the NBA’s summer camp in Europe.

More than 450 players have been registered for the 30-team event, separated into 20 boys’ teams and 10 girls’ teams, which concludes with May 21’s Jr. NBA Finals. Branded playing kits were provided by the NBA for six divisions, with five teams in each.

Head to Instagram and follow the verified @jrnbauae account. There you will find everything you need from match schedules, to results, action pictures and amazing videos showcasing the incredible talents on display.