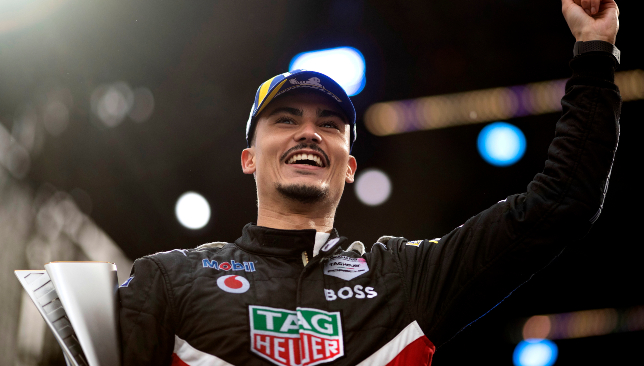 Pascal Wehrlein from the TAG Heuer Porsche Formula E Team celebrated a phenomenal one-two result on 12 February alongside André Lotterer in a historic win for the team at the Mexico City E-Prix, with the pair finishing nine seconds clear of the pack, and both driver and team sealing maiden victories in the third round of the ABB FIA Formula E World Championship.

Having narrowly missed out on claiming its first podium in the second round at the season-opening double-header in Diriyah, Saudi Arabia, Porsche executed the perfect race, dictating in both pace and energy management, with Wehrlein leading from Julius Baer Pole Position and fending off standings leader Edoardo Mortara (ROKiT Venturi Racing) early on.

After Porsche’s first victory in the ABB FIA Formula E World Championship with the team’s two Porsche 99X Electric race cars, driver Pascal Wehrlein discusses his triumph at the Autodromo Hermanos Rodriguez, his experience on the tracks Mexico City as compared to Diriyah, his expectations of the next race in Rome, and his desire to win this season.

What do you think about the changes to the format of the cars between the Diriyah E-Prix and Mexico City E-Prix, and do you think that the improvements would be a factor on other tracks?

“The tracks in Riyadh and Mexico are quite different. And in terms of both the layout and the asphalt, the Mexico track suited us really well. Riyadh was more like a night race, so the conditions were also quite different. We felt a lot more comfortable in Mexico; we were comfortable right from the first practice sessions, and from there it just took a bit of tweaking to be in a really good place for the weekend race.”

“We were very happy with how things went in Mexico and will definitely try to do similar things on other tracks. The competition is really fierce, and we’ve got to keep working hard and to stay humble. The win in Mexico comes at a great time for us, as it takes a bit of pressure off the team,       helps the team stay positive and gear up for the next race day.”

Did you have to practice very differently for the race in Saudi Arabia vs the one in Mexico City?

“In Riyadh, there was a lot of sand and dust on the track, so the track improvement was huge. The car was changing constantly, the temperature was changing constantly, and I was not very comfortable. We had a few good laps in Riyadh, but the track changed quite a bit for qualifying as well as later on in the day, so I didn’t really feel like we had our window. In Mexico, it was a more typical track, and we could more accurately predict how the car would behave, and the changes we would have to make, which were spot on in the end. We had a good flow in Mexico, right from the outset which is really important in Formula E, and we maintained our position to finally win the race.”

You spoke about the pressure of the win on you and the team. How was it to finally get a win in Formula E and do you think you will be able to carry on similar performances in the season?

“It was definitely a big relief. We won last year in Mexico but were disqualified after the race. Things would have been quite different if we had secured that win, and there would be a lot less pressure. We are all very happy that we bagged our first win quite early in the season and are looking forward to a few more wins this season. Although we all understand that the competition is really difficult in Formula E, we have come prepared with the learnings from last year, and we feel as though the win in Mexico has demonstrated that.”

Was there something different with you going into the race in Mexico City versus the last time you were there? Do you think you have progressed as a driver in coming back and winning the race after being disqualified last year?

“It is quite a different track this year. Last year we were in Puebla, Mexico City, which is a track that I am quite familiar with and one that we have visited a few times in the past. We’ve missed the victory stand on a few occasions here, but I’ve always felt really comfortable in Mexico City. Somehow Mexico has been really good for me – I really like the track, the country, the fans and I enjoy being in Mexico. Things were coming together quite nicely this time around, but I wouldn’t say that there was something particularly special about it, just the experience on the track and lots of preparation ahead of the race and during the practice sessions.”

Do you think this will be the year of the Porsche? And how did you celebrate after your victory in Mexico?

“Our targets for this season are high. I am a very ambitious driver, and I always want to win—every race, every championship. This year we have already demonstrated that we can win races and now that it has happened, we are in a good place to win the championship.

After the win, I celebrated with the team. Then I flew back home on Saturday evening where my friends and family had a surprise party for me, which was really nice.” 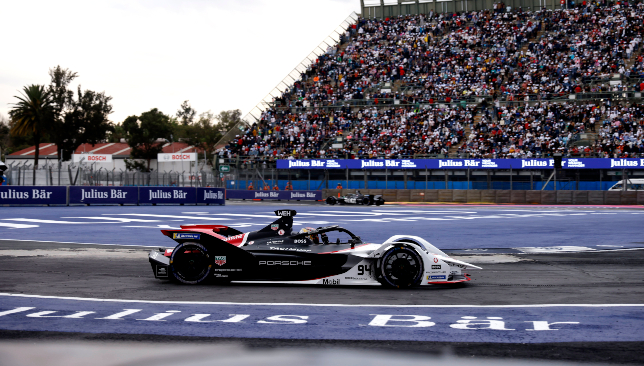 The next round will be in Rome – what are your expectations for the upcoming race and for your future with the TAG Heuer Porsche Formula E Team?

“I really love Rome and I have a bit of a history with Italy. I also have friends coming over to watch the race in Italy, so I’m really looking forward to it. Rome is also home to one of the best tracks this season. My expectations are clear—I want to win.

I have been with Formula E for a few years; now with Porsche, I find myself winning races, which is very satisfying. At the moment, I am really happy where I am.  I like to go to a race knowing that I can win, rather than just compete in the championships – but you never know.”

What advice do you have for young drivers that find it difficult to find a spot in the F1 championships?

“I have been quite open minded in my career from when I was in the junior category, and I can only share my personal experience. Growing up, there was always that ambition to drive in the F1 championship, however it offered limited opportunities for a young driver coming up in his career. So, I moved to Formula 3, then DTM for 3 years where I got my first professional contract and was quite happy to be following my passion of being a professional racing driver. Now, with Formula E, I find that it’s a very exciting place to be.”

Who has impressed you in the competition so far?

“Venturi and Mercedes both have a very strong package, so I expect them to be in the front. Also, Diaz looked very good in Mexico and Ben was very quick in Riyadh, so they are strong contenders. But to be honest, I would not write off anyone yet as it is quite early in the season. You have strong entries from Jaguar and Envision, with Robin looking especially good, so there are a few drivers in the running for the championship.”

How would you rate this victory? You’ve had wins in Formula 3 and in DTM, but how special is this win in Formula E?

“This win is very special. Obviously, Formula E is a world championship, and this was my first win with Formula E and for Team Porsche as well. It was great that I secured my win in Mexico because of all the history I have there—with the disqualification last year, and the missed opportunity 3 years back. I loved the experience, the fans were great, and the podium was great, and it was a very special moment for me.”

The opening two rounds of Season 8 took place under lights on one of the most technically challenging tracks of the series, flanking the stunning At-Turaif UNESCO World Heritage Site in Diriyah, Saudi Arabia on 28-29 January. Formula E broke new ground with those first night races at the adapted Riyadh Street Circuit, with the track lit up by the latest low-power LED technology, with Groups and Knockout Duels introduced—a new qualifying format and a first in world motorsport—providing a completely new challenge for drivers and teams to tackle.