UAE Team Emirates has announced the team will tackle its first Vuelta a España – the third and final Grand Tour of the UCI World Tour season.

This Saturday (August 19) it will be the first time the UAE competes in the race, featuring a strong line-up including General Classification (GC) contenders as well as climbing and sprint specialists.

The Vuelta a España is the final showdown of the campaign and the youngest of the three Grand Tours starting in 1935, the Giro d’Italia began in 1909 whilst the Tour de France was established in 1903.

This year’s edition kicks off with a 13.8km Team Time Trial in Nîmes, France, making it the third time in 80 years that the opening race of the Tour has begun outside of Spain since 2009.

Leading the UAE Team Emirates GC charge is South African rider Louis Meintjes and Portuguese rider Rui Costa, the latter of whom will be making his first appearance at Vuelta a España.

Commenting on his debut, former World Champion and UAE Team Emirates’ rider, Rui Costa said: “This will be my race debut and I am excited about taking part in it. I am looking forward to enjoying every single stage and the challenges that come with it. The season is nearing its end and I want to savour every minute.”

Speaking on his upcoming participation in the final Grand Tour of the season, South African Louis Meintjes said: “I’m currently undergoing altitude training in Andorra in preparation for the Vuelta. The training has been going really well following the Tour de France. I am gunning for a good GC result but it all depends on my performance, my body is still recovering.” 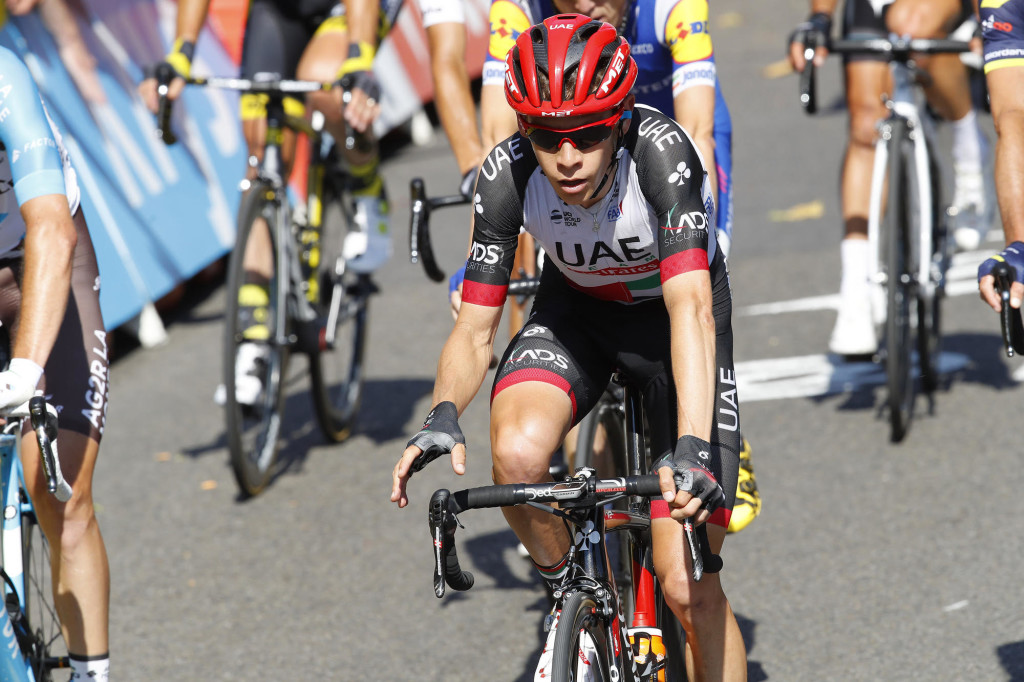 The UAE will kick-off the campaign in France.

Confirming the line-up, UAE Team Emirates’ Sporting Director Simone Pedrazzini said: “We are quite happy with the selection and believe we have a good team with a varied selection of specialisms. The riders are in-form and hopefully we will be able to target a few stage wins. Our GC contenders will be Louis Meintjes and Rui Costa, who will both be on the lookout for a top ten finish, whilst Darwin Atapuma and Jan Polanc will compete to be King of the Mountain.

“Our fastest rider, Sacha Modolo will be supported by two of our younger riders, Matej Mohoric and Federico Zurlo with Anass Aït El Abdia making his Grand Tour debut. Amongst the line up as well is Niemiec, who has previously won a stage in the 2014 edition of the race and his experience will definitely be valuable.”