What's next for Chris Froome - a record-tying Tour de France win or a Giro d'Italia triumph to complete the set?

Chris Froome did not need victory in La Vuelta to put his name in the history books, but by winning Spain’s grand tour he has opened up a whole new chapter.

Froome is Britain’s first ever winner in the Vuelta, and the first Briton to win a grand tour other than the Tour de France.

If Team Sky and Froome have been criticised for putting all their eggs in the Tour basket each year, this victory shows he and they can not only build grand tour-winning form but sustain it.

The Vuelta perhaps ranks third out of the three grand tours in stature, but its reputation has grown immensely in recent years as each season it boasts stronger line-ups.

Riders may start the season targeting either the Giro or the Tour, but most seem to end up fighting it out in the Vuelta.

Froome himself has a long history with a race he has finished in second place three times.

Known as a late bloomer, his career was 12 seconds away from receiving a kick-start when he was a close runner-up in 2011.

He was an accidental contender, having only made Sky’s line-up as a late replacement for Lars Petter Nordhaug and racing in the service of Bradley Wiggins, before taking the red jersey with a shock performance in the time trial.

He would be beaten by another outsider, Juan Jose Cobo, but only after a moment’s hesitation on stage 15 as Wiggins cracked on the Angliru – the same climb where Froome effectively wrapped up his victory this year. 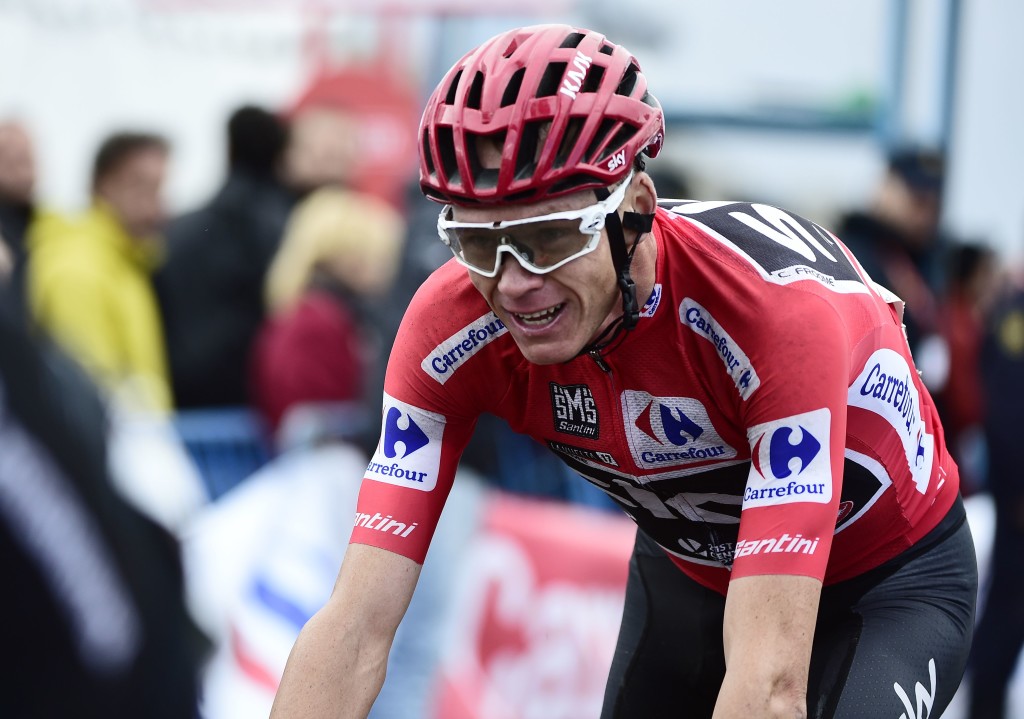 He was back 12 months later, finishing fourth after emptying himself in support of Wiggins in the Tour de France, but the Vuelta then took a back seat as Froome turned his own attention to the Tour.

But he rode again in 2014 after crashing in France, and after finishing second to Alberto Contador by 70 seconds he was not only impressed with how the Vuelta teed him up for the winter but intrigued by how competitive he could be.

Another second place to Nairo Quintana 12 months ago further convinced him he could win in Spain without compromising the Tour, and this year he has proved it.

While others’ bids to win consecutive grand tours of late have fallen short – notably the Giro-Tour double attempts of Contador in 2015 and Quintana this year – Froome has delivered where others could not.

It deserves to be recognised as a truly brilliant sporting accomplishment, though in keeping with Froome’s understated personality it will probably go under the radar at home.

Froome was deeply impressive in the way he was able to hold off Vincenzo Nibali – who should have been well-rested since his exertions in the Giro in May.

Key again was the depth of Team Sky, who were able to send another star-studded support squad less than four weeks after the end of the Tour, and turning in one of the best overall team performances in years to control this race over mountainous terrain.

Froome now has decisions to make about where he goes next. There is no question that the Tour still matters the most. His victory in July left him one shy of the all-time record of five victories – jointly held by Eddy Merckx, Bernard Hinault, Jacques Anquetil and Miguel Indurain.

But Froome will also be aware that victory in the Giro – a race he has not started since 2010 – would make him only the seventh man in history to have won all three Grand Tours.

Received wisdom – and the recent evidence from riders such as Contador and Quintana – suggest the Giro-Tour double is all but impossible in the modern age – but Froome has given himself an enviable choice when it comes to the next chapter he wants to write.