Social Knockout returns with an even bigger bang 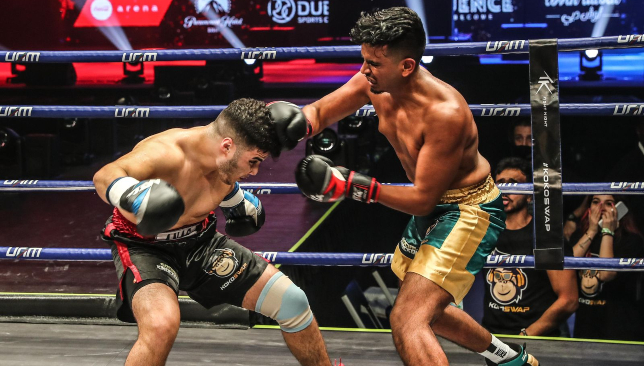 After an extremely successful debut back in July, Social Knockout is back by popular demand.

Social Knockout 2 – ‘Bigger, Badder, Better’ is brought to you by TK Fight Night Promotions and sponsored by KokoSwap Cryptocurrency. The event will be held on Friday, October 15 at the prestigious Coca-Cola Arena, Dubai.

The celebrity boxing event is set to deliver a stacked card using a now, very popular format in the world of boxing, famous social media influencers and icons as they fight each other for bragging rights. An undercard with international amateur fighters as well as a live music performance by American rap sensation DaBaby will also be added to an already explosive night of entertainment.

MMA pioneer, Social Knockout’s brainchild, Tam Khan is excited to continue building on the momentum from the summer. The entire TK Fight Night team are working around the clock and continue to push the envelope to make their events bigger, better as well as put the spotlight on Dubai as an international player in the world of sports and entertainment.

“We plan on making history once more by adding to our already star-studded roster of social influencers. However, we’re planning to do something a little different this time around by adding the first-ever female influencer fight between Saudi Arabian TV presenter and social influencer, Sarleena who is set to take on Indian TikToker, Jumana Khan,” reveals Khan.

Also returning to the main event is the UAE’s very own, Rashed Belhasa aka Moneykicks. He faces off against Indian social media superstar Ajmal Khan for international bragging rights.

“Rashed has proven that he can fight with his win over Anas AlShayb last time out and fans can’t wait to see him back in the ring. Love him or hate him, Belhasa always draws a crowd, and this time around we are expecting nothing different from both his fans, and his haters,” says Khan.

“Adam and Slim have also already proven to be great entertainers both online, and in the ring. Make no mistake about it, these guys can fight! It was a no-brainer to bring them back to Social Knockout 2,” explains Khan.

The UAE’s first-of-its-kind social influencer-driven boxing event is set to make waves once more with another eventful night filled with fights, fans and musical performances on October 15 at the prestigious Coca-Cola Arena.

Tickets go on sale on September  21 at the Arena’s main website: www.coca-cola-arena.com. Fight fans can purchase their tickets using their debit or credit card.