Casio Computer Co. Ltd. announced today the latest additions to its G-SHOCK brand of shock-resistant watches. The GBD-H1000BAR and GBD-100BAR are collaboration models celebrating Matchday: Inside FC Barcelona, a documentary featuring the inner world of the famed Spanish football club.

The base models for the two new watches are the GBD-H1000 and GBD-100, both from the G-SQUAD line. The new models employ the blue and garnet team colors of FC Barcelona. The bands, designed to evoke past and present team uniforms, are imprinted with the club motto, “Més que un club” (“More than a club”) in the local Catalan language. The GBD-H1000BAR features a metal bezel in bright gold ion plating that shines like a winners’ trophy cup, while the band loop on both watches features the four red stripes of the Catalan flag. Specially designed packaging also in FC Barcelona team colors is a final touch worthy of these singular timepieces.

Both new watches are equipped with an accelerometer to count steps and track distances. The GBD-H1000BAR also comes with a heart rate monitor and GPS tracking. Both new models also offer Mobile Link functions which, when paired with a dedicated smartphone app, support daily health management by allowing users to check life logs with data on step counts and calories burned, activity logs, and more. The Memory in Pixel (MIP) LCD display for exceptional visibility and the soft urethane band for outstanding ventilation and flexibility deliver comfort in every situation, from everyday use to hard workouts.

The models are available to purchase at the Seddiqi & Sons boutique in The Dubai Mall. 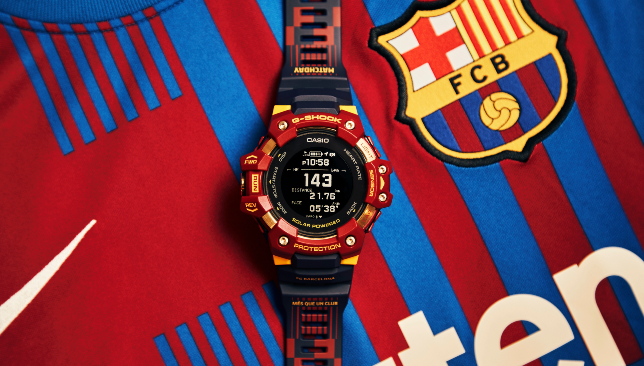 An eight-episode documentary series focusing on the 2018–2019 season of one of the world’s most adored football clubs. From the thrill of victory to the agony of defeat, the series offers insight into the players, philosophy and culture of FC Barcelona.