Dispute between clubs and federation diminishes rugby's rise in UAE

Confusion reigned in the build-up to Friday’s West Asia Premiership clash between Jebel Ali Dragons and Doha in Dubai, where both teams had completed preparations for the match, but at some point both believed the game would be or had been postponed.

Despite a collective decision by UAE officials to signal their unavailability for service for some matches this weekend, UAE Rugby Federation employee Chris Bath, who happens to be an experienced referee, eventually stepped into the void to rescue the fixture.

Thursday’s game between Dubai Hurricanes and Dubai Exiles, as well as Friday’s encounter between Bahrain and AbU Dhabi Saracens went ahead without issue, but clubs in the UAE Conference were informed by the federation midweek that their Friday matches had been postponed, reschedule for March 10.

The dispute is believed to relate to the amount of notice clubs are required to give the federation, and match officials, when they intend to reschedule fixtures.

The issue is an ongoing concern this season, and even led to one long-serving senior official from the referees’ society recently offering his resignation.

Despite Bath allowing the game to go ahead – saving Doha an estimated Dh30,000 in cancelled flights, as well as Dragons the Dh5,000 it cost to rent out a pitch at The Sevens while their Jebel Ali Centre of Excellence pitch is renovated – both clubs were left unsatisfied by the off the field issues.

“To be completely honest we don’t know the full story behind what is going on so it’s hard to point blame,” said Dragons skipper Ross Samson.

“All I know is that this is the third time the Dragons have been let down this season and it’s really disappointing. Whatever is going on needs to be sorted.

“The players are doing their bit, turning up to training and significantly raising the standard of rugby in the region every season. The clubs and their sponsors are spending more on recruitment and training programmes so it’s frustrating to be let down like this.

“Doha had booked their flights which is obviously thousands of Dirhams and we had to rent a pitch at The Sevens because our pitch is having work done, so if the fixture had not taken place both clubs would have lost a significant amount of money. Who would be liable for that?

“Luckily we managed to source a qualified referee in order for the game to go ahead but I think both teams will agree that a lack of assistant referees meant the game could not be officiated at the required level and both teams were left frustrated at crucial times.” 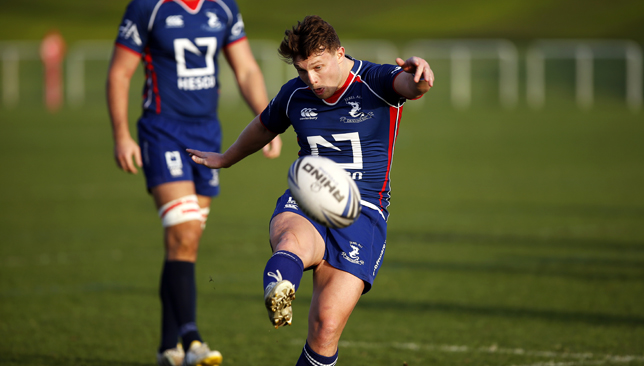 This was hardly an isolated issue, with Samson left to reflect on other run-ins with the authorities already this season, which leaves them playing catch-up and games in hand.

He added: “Our biggest game of the season vs Abu Dhabi Harlequins at home was a complete disgrace, when we were not given touch judges/assistant referees and the game ran an extra 20 minutes because the referee lost track of time.

“At the time it was a clash of first in the league vs second.

“Then we had rearranged our game vs Hurricanes for the evening of Thursday, January 16. We had gone through the official channels but for whatever reason it was not communicated between the union and the referees so we have had to move the fixture for later in the season as there was no referees available.”

Despite a victory on Friday that kept his side on Quins’ coat tails at the top of the WAP, Doha coach Alex Natera was still reeling from the farcical circumstances surrounding his side’s approach to the match.

“It was a bit of a disaster to be fair,” said Natera, who was of the opinion the match had been postponed on Thursday, even though Dragons believed it was going ahead as planned.

“The referee we had had a good crack and we are very grateful but both teams just did what they wanted to do to be honest.

“As for the debacle it’s just not good enough. If we are to be competing in a league that has real credibility in world rugby this sort of thing needs not to happen again. Someone needs to get it sorted out.”

Palmer describes encounter as "must win"