The irony is not lost on anyone.

Maria Sharapova was denied a French Open wildcard to preserve the “integrity of the sport” yet two of the players who did receive invitations into the tournament were involved in controversial incidents this week – albeit one of them much more serious than the other.

Frenchman Maxime Hamou, who had received a wildcard into the qualifying tournament, and won three matches to make it into the main draw, sexually harassed Eurosport journalist Maly Thomas on air while she was trying to interview him following his loss to Pablo Cuevas on Monday.

Hamou forcibly kissed her on the cheek and neck more than once and put his arm around her neck, despite her resistance, as she kept attempting to escape his grasp. Thomas’ colleagues on Eurosport reacted by laughing while witnessing Hamou’s horrifying behaviour.

The French Tennis Federation (FFT) acted fairly quickly on Tuesday when the video went viral on social media and they revoked Hamou’s credential.

“Roland-Garros tournament organisers took the decision to revoke Maxime Hamou’s accreditation following his inappropriate behaviour towards a female journalist yesterday, Monday 29 May,” read the statement. “The FFT President has asked the disputes committee to investigate for improper conduct.”

Thomas told Huffington Post that she would have punched Hamou had they not been live on air.

The sad thing is, had she actually punched him, the story would have been more about her getting violent than anything else. Like how dare she make a scene on television?

Why do men think they can act this way when a woman is simply trying to do her job? The FFT calling what happened “inappropriate behaviour” is an incredible understatement.

And the fact that the natural response of Thomas’ own colleagues is to laugh just shows the culture and blasé attitude towards such offences that is propagated in what continues to be a male-dominant profession.

It honestly makes me sick to my stomach.

The "handshake" is the perfect summary of Klizan vs Lokoli pic.twitter.com/a4F1KIHeSv

Elsewhere, another French wildcard, Laurent Lokoli, made headlines for refusing to shake hands with Martin Klizan after his 7-6(4), 6-3, 4-6, 0-6, 6-4 loss to the Slovak. Lokoli then accused Klizan of faking an injury.

The two players exchanged words during the fifth set with Klizan pointing out that the crowd was being unfair towards him, while Lokoli was upset his opponent celebrated after a double fault from the Frenchman. After Klizan won, he walked to Lokoli’s bench to shake his hands but the Frenchman waved him away.

Lokoli stood by his decision to snub Klizan when he was quizzed about it in his press conference and insisted that he was standing by his own values, as he hit out at his opponent’s alleged gamesmanship.

Yes, it sure has been a dramatic day in Paris.

Here are the highlights of day three at Roland Garros…

Point of the day

400 – Tour-level match wins for Gael Monfils after his straight-sets victory over Dustin Brown on Tuesday. 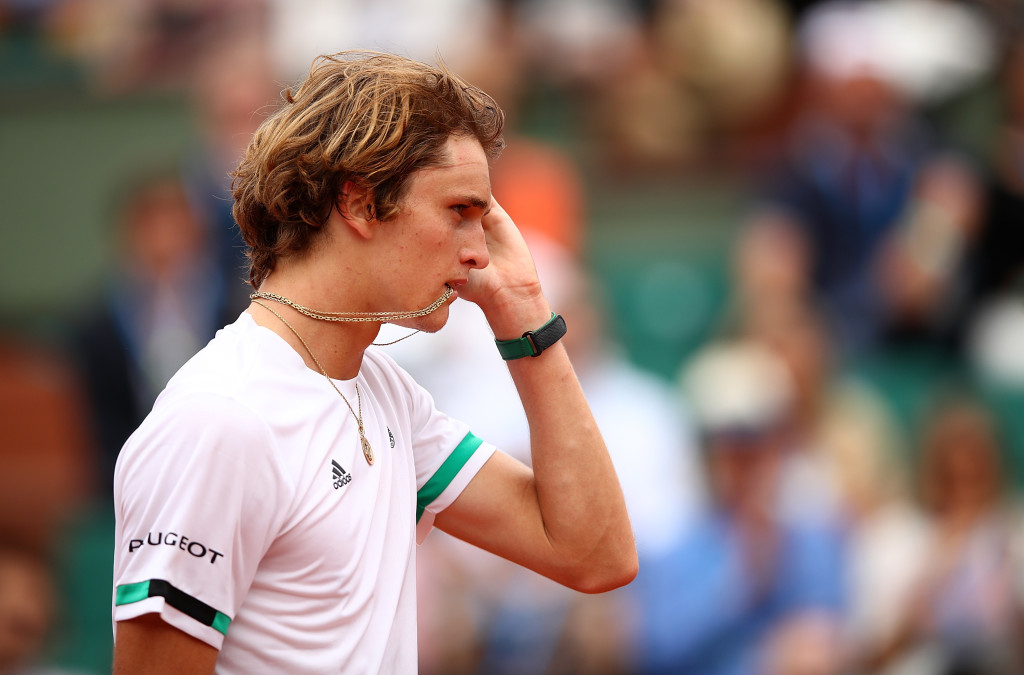 Quote of the day

“I played absolute shit made the difference. It’s quite simple.”
— Alexander Zverev’s analysis of his loss to Fernando Verdasco is succinct yet insightful

“Are you suggesting I didn’t deserve my wildcard? No. Good. Well, I don’t really have anything to say about that.”
— Amandine Hesse when asked about her opinion regarding wildcard controversies

Upset of the day

The 22-year-old French wildcard Paquet, ranked 260 in the world, took out world No44 Kristyna Pliskova, who had made the Prague final on clay earlier this month. This was Paquet’s first ever Grand Slam match win in four appearances – all in Paris.

Wawrinka Interview: Feeling young ahead of his Roland Garros camp...

Kokkinakis wanted to quit tennis before Roland Garros, walks away...