Roland Garros day 7 diary and highlights: Why Del Potro is so popular

The Juan that they love: Del Potro.

“It took me five years, three surgeries in my wrist to come back, five years to come back and live these exceptional moments once again. So it was very emotional.”

Those were Juan Martin del Potro’s words in his final press conference of the 2017 French Open after he bid adieu to the tournament with a straight-sets third round loss to Andy Murray on Saturday.

Playing his first Roland Garros since 2012, Del Potro walked off Court Philippe Chatrier to a roaring standing ovation – one the notoriously tough French crowd wouldn’t give to just anyone.

Whether he’s hugging a line judge mid-match, smoking a thunderous forehand winner past his opponent, shimmying on his bench to ‘Despacito’, crying on an Olympic podium, or comforting a devastated opponent through an injury-forced retirement, Del Potro has captured the hearts of tennis fans the world over and it’s hard to think of one player that is as universally loved as the tall Argentine.

While many stars of the game have legions of fans, Del Potro’s popularity transcends the typical idea of tennis fandom. You don’t just admire his game, you want to be his friend. He is relatable in his simplicity, and inspirational in his resilience.

He doesn’t hide behind excuses and isn’t trying to gain anyone’s sympathy – even though he has it anyway.

“I need to improve my backhand. Andy is one of the smartest guys on the circuit, and he knew what my weak point was,” he said frankly on Saturday.

No embellishment, no nonsense.

The tennis court is full of exaggerated reactions. The fist pumps, the screams, the racquet smashes, the falling down to one’s knees… We all choose to buy it, enjoy it, and go along with it.

When Del Potro stood motionless hanging his head over the net after squandering a break lead and set points to lose an 84-minute first set to Murray, we all felt it – that deep frustration and disbelief.

Del Potro may have one of the scariest forehands in tennis, but his greatest weapon is arguably his ability to convey genuine emotion. That’s what it comes down to. That’s why it’s very hard to root against him.

A journalist asked him on Saturday how he can explain his popularity. “You seem to be this cool guy,” said the reporter.

“I just try to be myself all the time,” he replied. “I think all the people like my story, you know. I have been out for a long time. I’m trying to fix my wrist problem, and I never give up from that problems. Of course, everybody knows how my backhand is, if you compare with the old Del Potro. I’m running a lot during the whole matches.

“And I think that’s what the people like from me. I try just to be myself. I like to be cool on tour, as well,” he added with a smile. “But that’s me.”

Murray noted before their match that Del Potro has had some tough draws this season, bumping into the top guys early on at almost every tournament. I asked Del Potro how hard or easy it is for him to accept this kind of draws until he manages to get his ranking up.

He said: “I’m not having lucky with the draws, but if I want to change that, I need to improve my ranking, is the only solutions to get better draws.

“But this could take more time at least if I’m playing good tennis. Also, last year I made finals at the Olympics. Then I won the Davis Cup, and I don’t get any points for that. But I need to play better on the ATP Tour, trying to get more points and keep going up in the ranking.”

You wonder when his luck will finally turn. 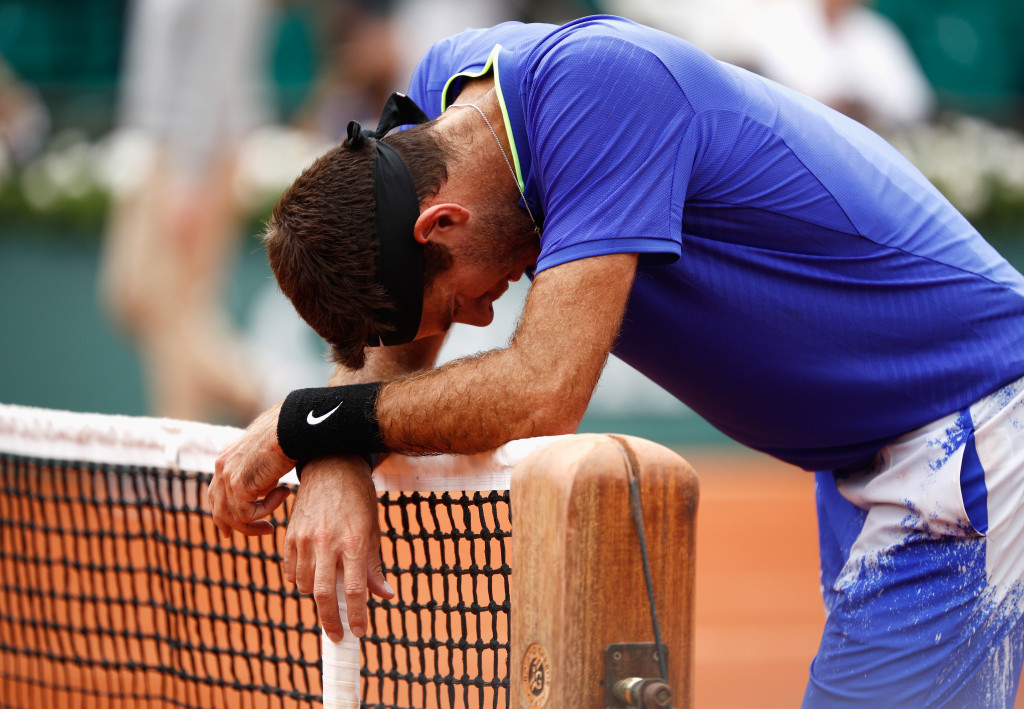 The final point of that brutal first set against Murray warranted umpire Carlos Bernardes to leave his chair and go check the sideline to see if Del Potro’s shot was indeed out. Del Potro looked pleadingly, hoping it was in. Bernardes got the line judge to help him check it as well. They both called it out.

Is Del Potro convinced it was the right call?

“Yeah, yeah. The ball was out,” he said with an ironic smile.

He made us all laugh, despite it being one of his most frustrating moments. Classic, DelPo!

Rain suspended most of the matches on day 7, so here are quick highlights from the little action we saw on Saturday at Roland Garros…

Point of the day

1 — The match between Kei Nishikori and Chung Hyeon is the first Roland Garros third round between two Asian players.

3 — times Simona Halep has now made the Roland Garros fourth round in eight appearances.

8 — times Murray has now reach the fourth round at Roland Garros in 10 appearances.

14 — players aged 30 or over have reached the third round in the men’s draw.

Quotes of the day

“His grunt, it’s a very manly, like a very manly grunt.”
— Andy Murray’s analysis of his third round match went as far as him describing Del Potro’s grunt

“I don’t know why I was doing it. Why does it matter? What’s the big deal? I don’t get it. If I say something and you guys ask me what I was saying, if I say nothing, you ask me why I don’t say anything (smiling). What do you want me to do? What do you want me to say? It’s irrelevant.”
— Murray is officially fed up of answering questions about the minute details of his on-court behaviour. We don’t blame him…

“I remember I got a question when I lost I think to Zvonareva, at the time she was 2. How does it feel to have a disappointing loss to someone who is lower ranked than you? I was, like, she’s No2 in the world. It’s not like I lost to someone who is bad.”
— Caroline Wozniacki recalls the pressures she felt when she was No1 in the world.

(Potential) Upset of the day 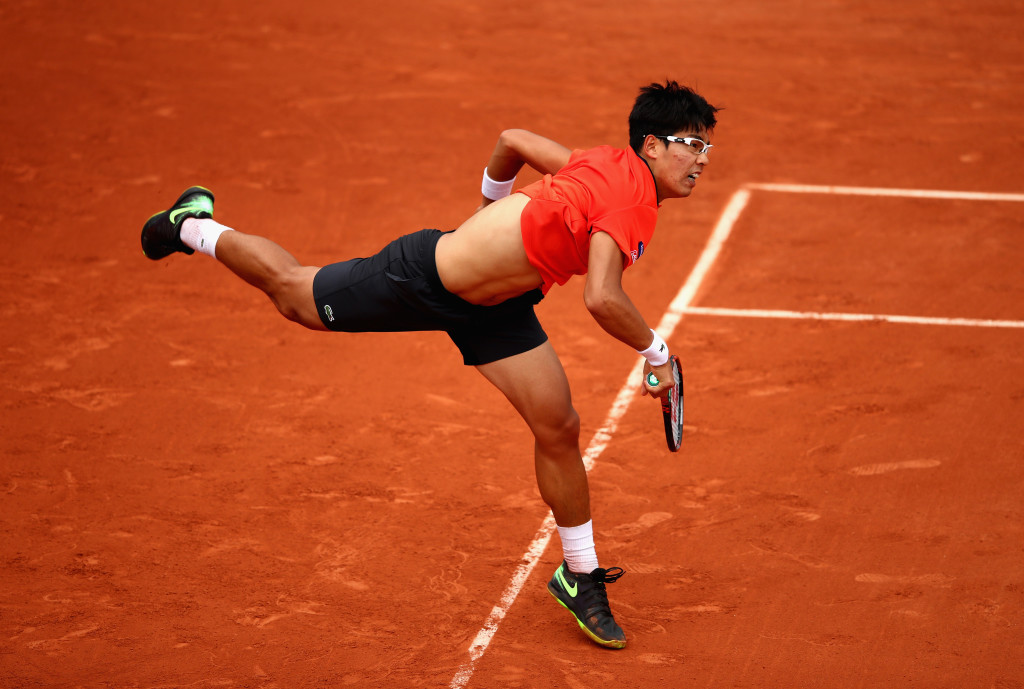 The match hasn’t finished yet but rain suspended play with 67th-ranked Chung Hyeon launching a decent comeback against world No9 Kei Nishikori. After losing the first two sets, Chung was rallying back and the match stopped with the score locked at 5-7, 4-6, 7-6(4), 3-0. It would be a massive upset if Chung can pull this off.

Murray finds his magic in win over Del Potro

Roland Garros day 4 diary and highlights: The day I stopped being...

Kuznetsova on her love affair with Roland Garros and the complexi...