Down the line: Sharapova's wildcard debate

Maria Sharapova is not due to return from her doping suspension until April 26 yet debate over the Russian star’s impending comeback has already taken over many press conferences in the last couple of weeks.

A year ago Sharapova announced she had tested positive for the banned substance meldonium and was later handed a two-year suspension, subsequently reduced to 15 months.

The five-time grand slam champion has already received wildcards for the clay events in Stuttgart, Madrid and Rome and is posing a predicament for French Open organisers who must decide whether they will invite her to Roland Garros or not.

The new president of the French tennis federation (FFT) Bernard Giudicelli said Sharapova will meet with him to plead her case before a final decision is made but players have already been weighing in on whether the 29-year-old deserves a wildcard.

Andy Murray told the Times he believes players should “work their way back” upon their return from doping bans rather than receive invitations, Roger Federer was on the fence in his opinion, while Andy Roddick said the situation is different if we’re talking about a small tournament that can benefit from Sharapova’s present or if the event in question is a grand slam.

Nick Kyrgios was quoted by ESPN as saying: “it doesn’t make sense to support people who cheat.”

It’s an interesting debate and you can definitely see both sides of the argument.

On one hand, how can we be calling for stricter anti-doping measures and more funds directed to anti-doping and then expect tournaments to gladly open their doors to athletes who were suspended for taking banned substances?

I’m not against wildcards for Sharapova but it is understandable if tournament directors or fans or other players think that there are other worthy recipients for said wildcards – someone who hasn’t lost their ranking due to a doping ban.

On the other hand, Sharapova has accepted her punishment, has done her time, and won’t get her ranking back unless her first few tournaments grant her wildcards.

I would understand if the French Open invites her, not just because she’s a two-time winner there, but because the deadline for acceptance is before her return date. Wimbledon however is a different story. She will have had some time to gain ranking points and could potentially make it into the qualifying or main draw on her own merit.

Personally, I think it would be amazing if Sharapova played qualies at Roehampton this summer. Granted they would need to step up their security measures and make sure they can accommodate large numbers at a venue that is typically not built for that, but if they can make necessary arrangements, Sharapova earning her place in the main draw via qualifying would probably mean a lot to the fans, and create just such an exciting narrative ahead of Wimbledon.

Besides rife debates over Sharapova, here are some highlights from the week that was in tennis, and a look ahead at Indian Wells.

A tremendous week for the 20-year-old Aussie, who quit tennis and took up cricket before returning to the sport last year, saw her win seven matches in a row in Kuala Lumpur to win her first WTA singles title and break the top-100 for the first time. Barty landed at No92 in the rankings this week and also won the doubles crown in KL with Casey Dellacqua. If you weren’t on it already, it’s time you got on board the Barty train because this is just the beginning for her. 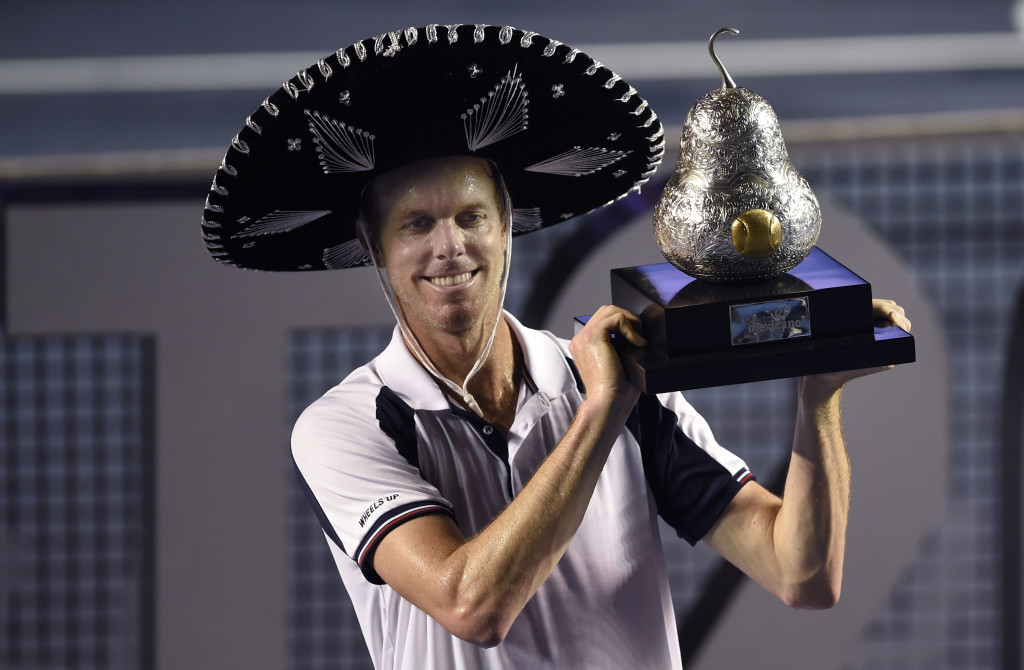 Sombrero Sam: Querrey had a good week in Mexico.

Rafael Nadal, Nick Kyrgios, Dominic Thiem, David Goffin and Kyle Edmund – that is one impressive list of scalps Querrey took down en route to the title in Acapulco – his ninth trophy of his career and second at the ATP 500 level. What a week from the American, who has now moved back into the top-30. His current position of No26 is his highest since August 2013.

The 2016 runner-up pulled out of his opener in Acapulco against Donald Young citing heat exhaustion in 27-degree weather. He returned to the court later in the day to play his doubles match with Paolo Lorenzi. For someone dogged by lack of effort accusations throughout his career, Tomic certainly isn’t helping himself.

The Canadian’s promising start to 2017 took a sudden turn for the worse when she stumbled out of the opening round in Acapulco to Ajla Tomljanovic, who was playing her first competitive match in 13 months after struggling with a shoulder injury. Hats off to Tomljanovic, she was truly missed, but you’d also expect better from Bouchard.

Novak #Djokovic: "Roger #Federer won the @AustralianOpen at 35 age and it shows that anything is possible." pic.twitter.com/y7PbPh0w5L

Will Djokovic return to form?

Losing to an on-fire Nick Kyrgios can never be considered a bad loss but Novak Djokovic will no doubt head to Indian Wells with some level of uncertainty over his form. The Serb’s last two tour-level outings were a quarter-final defeat to Kyrgios in Acapulco and a second round exit to Denis Istomin at the Australian Open. He has 3000 points to defend in the next two months having won Indian Wells, Miami and Madrid last year, which means the pressure on him will not subside any time soon.

Can Kerber get her season back on track?

The second-ranked Angelique Kerber made some progress by reaching the semi-finals in Dubai, playing some solid tennis en route, but the fact remains that she holds an average 7-5 win-loss record this season. The good news is she’s not defending any points at Indian Wells, so the pressure if off. The bad news is that she hasn’t won a match there since 2013.

One of the most successful doubles partnerships in the last couple of seasons has come to an end as Kristina Mladenovic announced she is parting ways with her French compatriot Caroline Garcia. The pair won Roland Garros together last year and also made the 2016 US Open final.

Mladenovic said the reason behind their split is because Garcia wants to focus on her singles but we can’t ignore the comments Mladenovic made after France’s Fed Cup loss to Switzerland last month where she slammed a compatriot’s lack of commitment to the team. She didn’t name Garcia and later said the remarks were about Oceane Dodin but French media believe otherwise.

Mladenovic hasn’t announced her new doubles partner yet but considering Martina Hingis split with Coco Vandeweghe and is only two tournaments into her new tie-up with Chan Yung-Jan, a Mladenovic-Hingis pairing sounds like a fabulous idea. Anyone else agree?

The curious life of a touring tennis player

Spare a thought for Russia’s Evgeny Donskoy who last week upset Roger Federer in Dubai to reach the quarter-finals as a qualifier but is this week back on the Challenger tour, playing a $50k in Zhuhai, while the world’s best players are all at Indian Wells. That must be quite the abrupt switch for Donskoy!

INTERVIEW: Federer on Aus Open win and the future of tennis

VIDEO: Djokovic crashes out of Acapulco quarters to Kyrgios