On the rise: Alexander Zverev.

He’s won his last 10 consecutive matches, is one of just three people to defeat Roger Federer in 2017, and is the first to hand the Swiss a loss in a final this season.

Alexander “Sascha” Zverev owns a tour-leading five titles this year and has positioned himself as a US Open favourite despite his lack of top results at the majors so far in his young career.

Zverev’s 6-3, 6-4 triumph over Federer in the Montreal final on Sunday gave the 2o-year-old a second Masters 1000 trophy of the season, and ended Federer’s 16-match winning streak.

Here are six reasons that prove he’s the real deal…

This is essentially Zverev’s second full season on the ATP tour and he already has six titles. To put this in perspective, Zverev has as many titles as the 30-year-old Gael Monfils and the 26-year-old Grigor Dimitrov.

Two of Zverev’s six titles have come at the Masters 1000 level. That’s more Masters titles than Stan Wawrinka has managed to achieve. The following players are ones who have failed to claim trophies at that level: Milos Raonic, Kei Nishikori, Dimitrov, Monfils, Juan Martin del Potro and many more.

The people Zverev has had to take down in the finals to claim those six titles include: Federer (Montreal), Kevin Anderson (Washington), Novak Djokovic (Rome), Guido Pella (Munich), Richard Gasquet (Montpellier), Wawrinka (St. Petersburg). That is one impressive list of scalps. 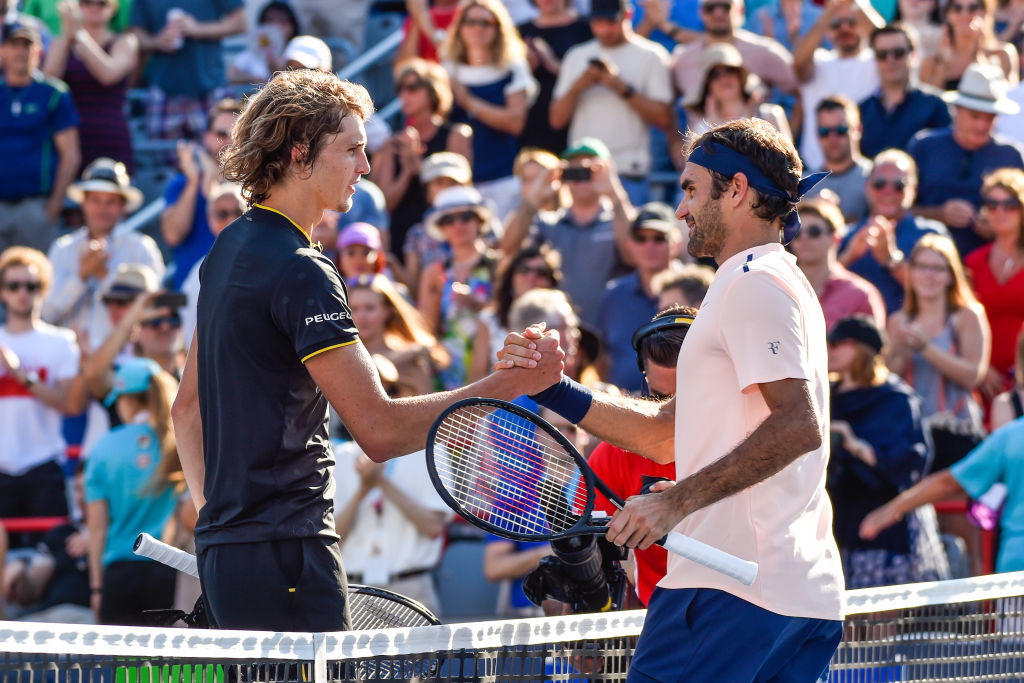 He brings it against the big guns

Zverev already has 10 wins against top-10 opposition, including two over Federer. He’s posted all those victories within the last 14 months. His 5-1 record in career finals is also an indication that he knows how to step up when it matters the most. It’s why he is now No. 3 in the Race to London.

He can rely on his big serve

In today’s game, serving huge is almost like the only way to thrive and Zverev has been constantly improving in that regard. This season, he has held serve in 86 per cent of his service games. That places him in the top-10 in that category in 2017. He also saved 65 per cent of the break points he faces this season, which places him among the top-20 for the year among all players.

He has the right team behind him

Zverev is coached by his father, Alexander Sr. and former world No. 1 Juan Carlos Ferrero. The young German described his dad as the best ever coach, considering he has led both his sons (Sascha and Mischa) to the top-30 with each of them sporting opposite styles of play (Mischa is a serve-and-volleyer, Sascha’s a baseliner). The addition of Ferrero earlier this season has paid dividends immediately and it looks like the Spaniard is there to stay on Team Zverev. 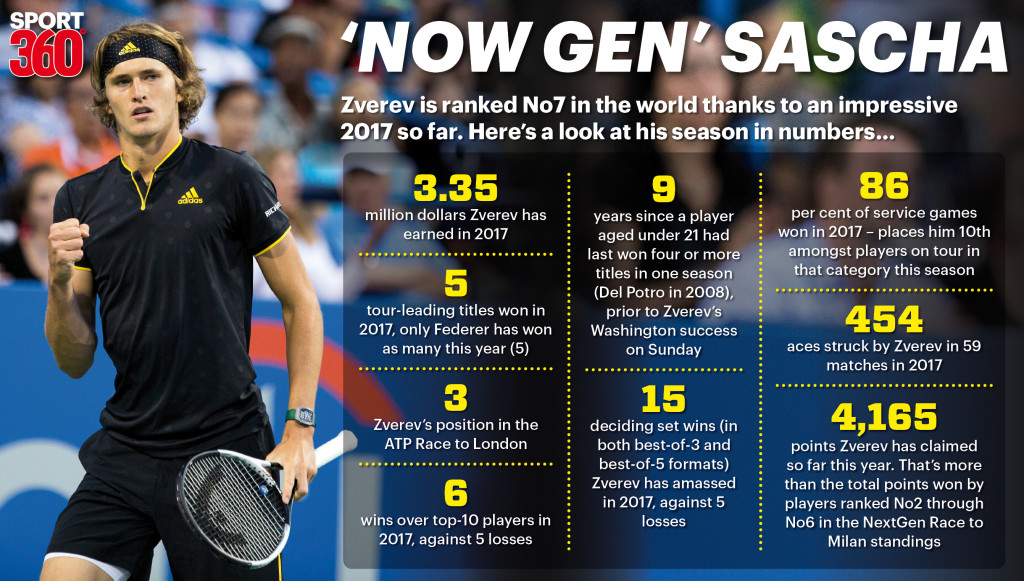 He has the confidence and aura of a champion

Zverev grew up around the tennis scene, thanks to his father and older brother, and has been acquainted with the top stars of the game from a very young age. It could be the reason why he is unfazed when facing such stars. He talks with so much confidence and belief in his abilities and has been portraying that perfectly on the court.

Granted Zverev has yet to reach a Slam quarter-final but he hasn’t done so bad at that level either. At 20, he has contested nine main draws at the majors, making the fourth round at Wimbledon last month and reaching three more third rounds. Zverev is the youngest player since Djokovic in 2007 to win a Masters 1000 title, the youngest since Djokovic in 2006 to rank in the top-20, and the youngest since Del Potro in 2008 to break the top-10. Considering the calibre of players he is emulating, it’s only a matter of time before he gets his Grand Slam breakthrough. It could be as soon as this US Open.

Rafael Nadal will be new world No. 1 as Roger Federer pulls out o...

Down the Line: Alexander Zverev's rapid rise brings up questions ...