Into the quarter-finals: Nadal.

World number one Rafael Nadal notched up his 50th win at the US Open on Monday to reach the quarter-finals for the seventh time.

The two-time champion, who could meet old rival Roger Federer in New York for the first time at the semi-final stage, crushed Ukraine’s Alexander Dolgopolov 6-2, 6-4, 6-1.

The 31-year-old Spaniard goes on to face either 19-year-old Andrey Rublev of Russia or Belgian ninth seed David Goffin for a place in the last-four.

“I played a solid match with not many mistakes,” said Nadal, the reigning French Open champion.

“He’s a player who can play amazing shots but sometimes he can be very unpredictable with errors so I just waited for my opportunity.”

Nadal, the 2010 and 2013 champion in New York, showed no signs of the struggles that bedeviled him in the two previous rounds, when he dropped the opening set before prevailing in four.

His 23 winners on Monday were just shaded by world number 64 Dolgopolov’s 25 but the Ukrainian’s 39 unforced errors were more than three times those committed by Nadal.

Federer, bidding for a sixth US Open and 20th major, will tackle Philipp Kohlschreiber later Monday.

After stretching his runs of dominance over Mikhail Youzhny to 17-0 and Feliciano Lopez to 13-0, the 36-year-old Federer takes an 11-0 advantage into his night-time duel with German 33rd seed Kohlschreiber.

Thiem, who was forced to quit with injury against del Potro at the same stage in 2016, celebrated his 24th birthday on Sunday.

Top seed Karolina Pliskova, the runner-up in 2016, needed just 46 minutes to sweep past Jennifer Brady of the United States 6-1, 6-0 and make her third Slam quarter-final of 2017.

The tall Czech had needed back-to-back three-setters to get to the last 16, including having to save a match point against Zhang Shuai of China in the third round.

But the 25-year-old world number one fired 23 winners on Sunday while the outclassed Brady, the 91st-ranked player, managed just six in her quickfire demolition.

Pliskova will next face either 37th-ranked compatriot Lucie Safarova or US 20th seed CoCo Vandeweghe for a place in the semi-finals.

“I think it was one of my best matches this year,” said Pliskova.

“But the opponent was not the best. Definitely she can play better than she was playing today.” 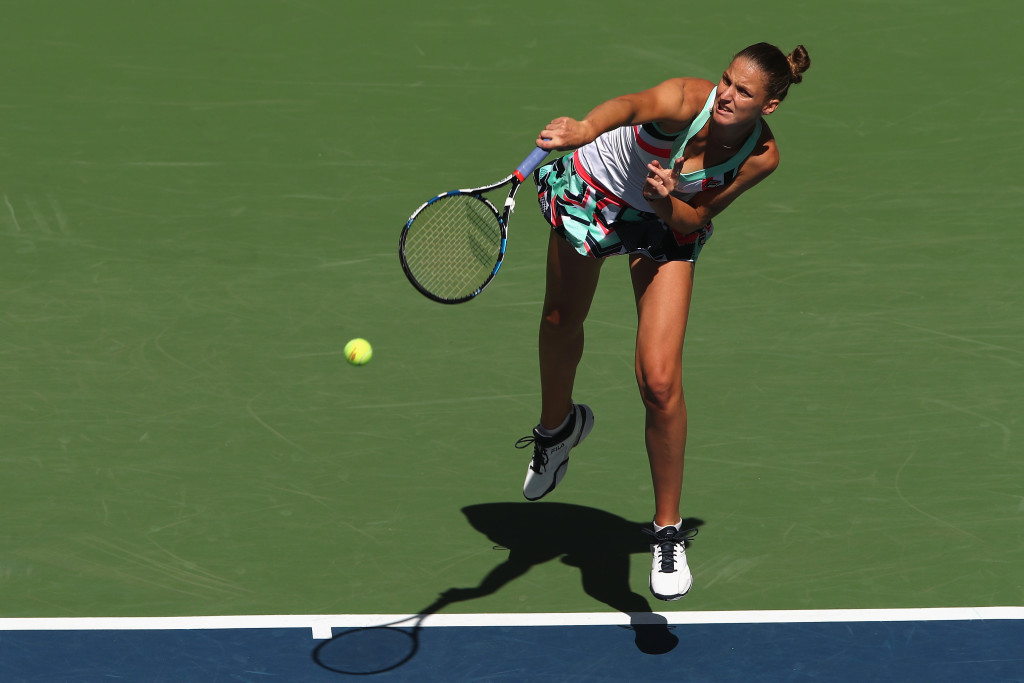 Pliskova made light work of her clash on Monday.

Maria Sharapova crashes out of US Open with defeat to 16th seed A...