Maria Sharapova rolled into the last 16 at the US Open by overpowering US teen Sofia Kenin on Friday while a wide-open side of the men’s draw lost 2014 champion Marin Cilic.

Former world number one Sharapova, the 2006 US Open winner in her first Grand Slam since serving a 15-month doping ban, downed the 139th-ranked wildcard 7-5, 6-2 and moved into a fourth-round clash with Latvian 16th seed Anastasija Sevastova.

Five-time Grand Slam champion Sharapova, who tested positive for the blood booster meldonium at the 2016 Australian Open, reached the round of 16 for the 14th time in 15 Slams since the 2011 US Open.

Sharapova, who returned from her ban in April, was snubbed for a wildcard in the French Open and injured for Wimbledon but was given a US Open wildcard despite playing only one hardcourt tuneup match due to a forearm injury.

The 30-year-old Russian broke Kenin with a forehand winner after 66 minutes to swipe the first set, exchanged early second-set breaks on double faults then broke again in the sixth and last games for the victory.

“She came out and had nothing to lose so I’m really glad I got through,” Sharapova said.

Sharapova blasted eight aces and 38 winners with 33 unforced errors while Kenin hit only seven winners in the match. 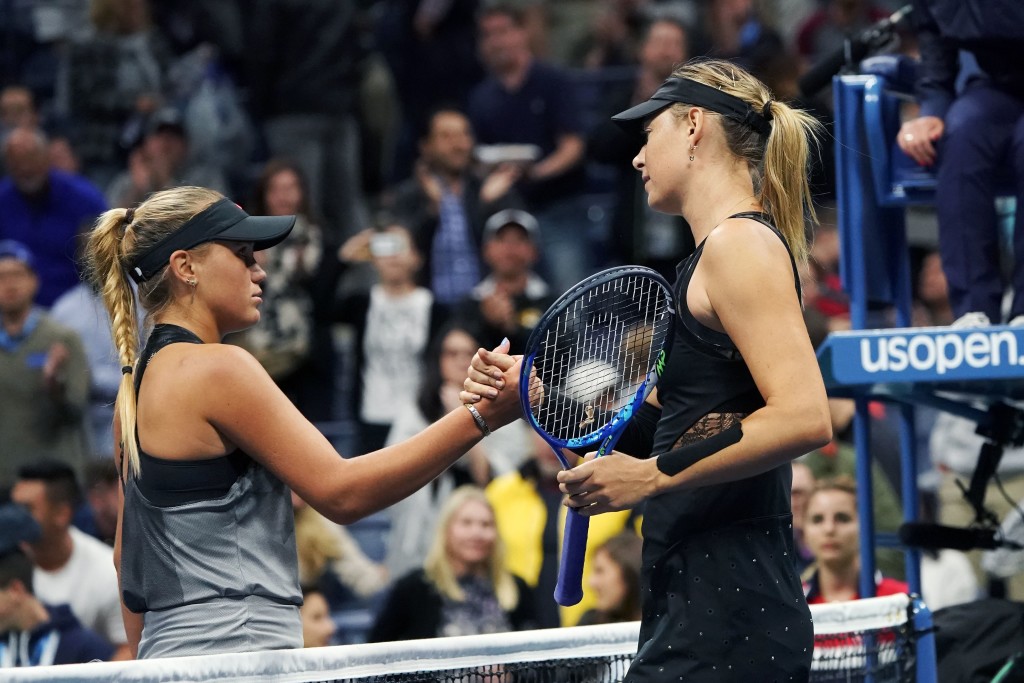 Croatian fifth seed Cilic, idled after Wimbledon until this week due to an adductor strain, was eliminated 4-6, 7-5, 7-5, 6-4 by Argentine 29th seed Diego Schwartzman.

“(The injury) played a quite significant part, and just being injured and not being able to keep that good form,” Cilic said.

Cilic’s exit ensured a first-time Slam finalist will come from his draw half, which now lacks a top-10 player and has only one Slam semi-finalist, American Sam Querrey, who made it in July at Wimbledon.

“Everyone is improving,” Cilic said. “And you have a lot of youngsters coming up that are playing better.”

Prime among them is Canadian teen Denis Shapovalov, who became the youngest man since 1989 into the US Open last 16.

Not since 17-year-old Michael Chang in 1989 had a younger player cracked the fourth round in New York. No qualifier had reached the last 16 since Gilles Muller in 2008.

“I’m playing my second main draw Slam. It’s huge,” Shapovalov said. “It opens up the draw and helps players like myself have a chance.” 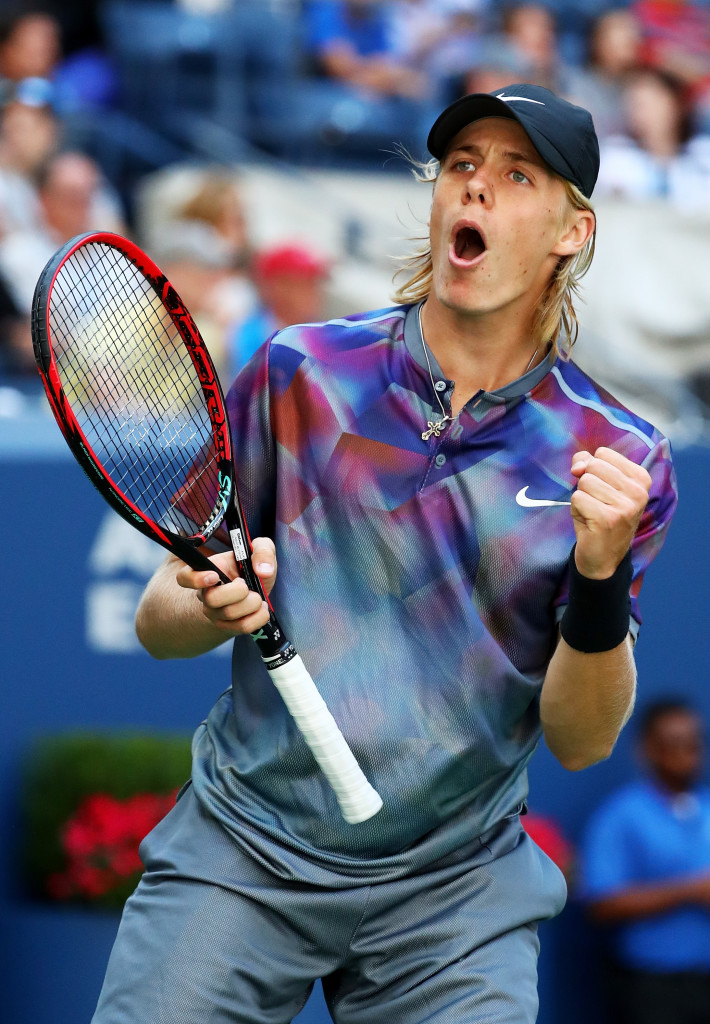 The Spaniard, who has not dropped a set, will become the first player to face four qualifiers at a Grand Slam in the Open Era (since 1967).

Italy’s Paolo Lorenzi, 35, became the oldest player in the Open Era to reach a Grand Slam last 16 for the first time by defeating countryman Thomas Fabbiano 6-2, 6-4, 6-4.

Lorenzi next meets South African Kevin Anderson, who beat Croatian Borna Coric 6-4, 6-3, 6-2. Anderson has won all 43 of his US Open service games and saved all 14 break points he has faced.

Wimbledon champion Garbine Muguruza needed only 62 minutes to defeat Slovakian 31st seed Magdalena Rybarikova 6-1, 6-1 and continue her best US Open run as well as take command of the fight for women’s world number one.

Only current number one Karolina Pliskova and fourth-seeded Elina Svitolina can deny Muguruza reaching the top spot for the first time.

“I’m taking every match as a final here,” Muguruza said.

Sharapova battles on while Zverev and Kyrgios crash out at US Ope...

Eugenie Bouchard suffers loss to Evgeniya Rodina at US Open

Elina Svitolina fights through as Dominic Thiem cruises at US Ope...