Rafa Nadal and Roger Federer move on at US Open, Fabio Fognini kicked out

Rafael Nadal and Roger Federer edged closer to a US Open semi-final blockbuster on Saturday as controversial Italian Fabio Fognini was kicked out for a vile, misogynistic tirade at a female umpire.

He will face Ukraine’s Alexandr Dolgopolov, against whom he is 6-2, for a place in the quarter-finals.

Next up for Federer is Philipp Kohlschreiber, who he leads 11-0.

Nadal had dropped the first set of his second-round match against Japan’s Taro Daniel before winning in four.

Saturday was almost a carbon copy with the 15-time major winner unable to convert any of six points in the opener.

But the match turned in the 10-minute seventh game of the second set when, on his 14th break point of the encounter, Nadal finally smashed through.

“It was tough. It took 14 break points — that’s not a good figure. But I was there mentally and fought a lot at the right moments,” said Nadal under the Arthur Ashe roof as rain fell outside. 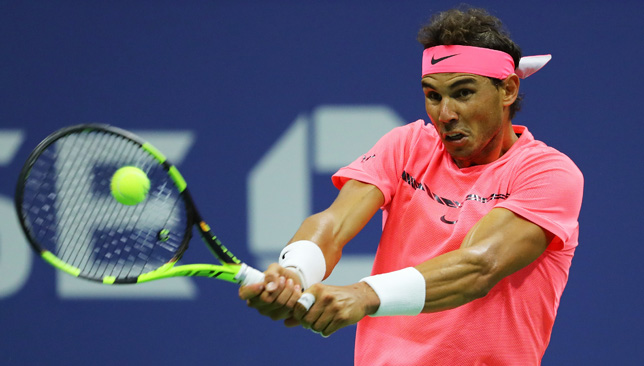 However, on Saturday, he swept past Lopez to reach the fourth round for the 16th time.

“I’m very happy to get through. It’s a great feeling to play out here,” said Federer.

“I struggled in the first two rounds but tonight I played a very clean match.” 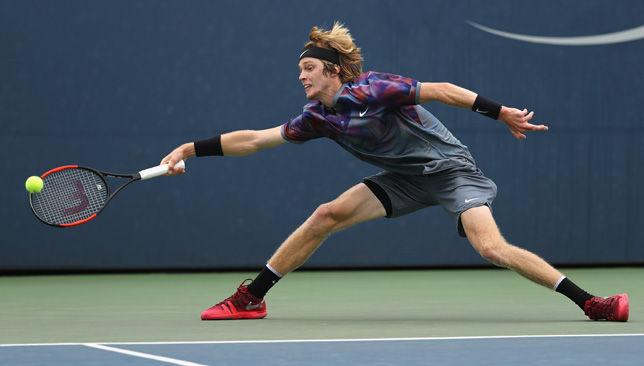 Meanwhile, Fognini was kicked out of the tournament for making foul-mouthed comments to female umpire Louise Engzell during his first-round loss to Stefano Travaglia.

Fognini and compatriot Simone Bolelli had reached the third round of the men’s doubles but tournament organizers axed him from the event. The world No26 was also fined $24,000.

Women’s top seed Karolina Pliskova saved a match point to defeat China’s Zhang Shuai, hanging on to her world number one spot in the process.

“I was match point down and I thought I haven’t tried many forehand winners down the line. That’s what I did. I may not have got another chance,” said the 25-year-old, who will next face Jennifer Brady of the United States.

Brady has just seven wins on the tour this year, but all have come at the Slams.

Had she lost on Saturday, Pliskova would also have been guaranteed to lose her world number one ranking to either Wimbledon champion Garbine Muguruza or Elina Svitolina.

Ukraine fourth seed Svitolina stayed in contention with a 6-4, 7-5 win over Shelby Rogers of the United States.

Russia’s Daria Kasatkina reached the last 16 of a major for the first time by seeing off French Open champion Jelena Ostapenko, the 12th seed, 6-3, 6-2.