The staggering numbers and records behind Venus Williams' dream 2017

Can she go all the way? Venus is in the last four.

Venus Williams has once again been rolling back the years at the US Open and is one match away from her first final in New York since 2002.

Standing in her way, on Thursday, is fellow American Sloane Stephens – 13 years her junior – who is vying to reach her very first Grand Slam final.

While it will be intriguing to see if the 37-year-old can win two more matches to become the oldest champion of the Open Era – it has already been a superb season for Queen Vee.

Here, we look at some of the amazing stats and figures surrounding a stellar nine months so far for the seven-time Grand Slam champion.

Can Venus win the US Open?

BLAST FROM PAST IN BIG APPLE

Indeed, in four of her last six visits to Flushing Meadows, she had failed to pass the third round.

That’s all changed this year though and she will be hoping to go one better than her 2010 defeat to eventual champion Kim Clijsters.

Aside from her title wins at the start of the last decade, Venus has failed to win any of her four other semi-finals outings in Manhattan, as well as two other finals (1997 and 2002).

VENUS HAS BEEN IN-FORM FOR A WHILE

Amazingly, entering New York, Venus was the only player on the women’s tour to have reached or gone beyond the fourth round stage at her last six Grand Slams – beginning with a last-16 appearance at the 2016 French Open.

This year, the current world No.9, became the third-oldest player to return to the top ten after reaching the Wimbledon final (37 years, 29 days) – behind legends Billie Jean King (39 years, 322 days) and Martina Navratilova (38 years, 75 days).

Simply put, Venus has been playing her best tennis in years.

Her win over then world No.1 Angelique Kerber in the Miami quarter-finals in April – made her the oldest player of all time (36 years, nine months) to topple a player in top spot. 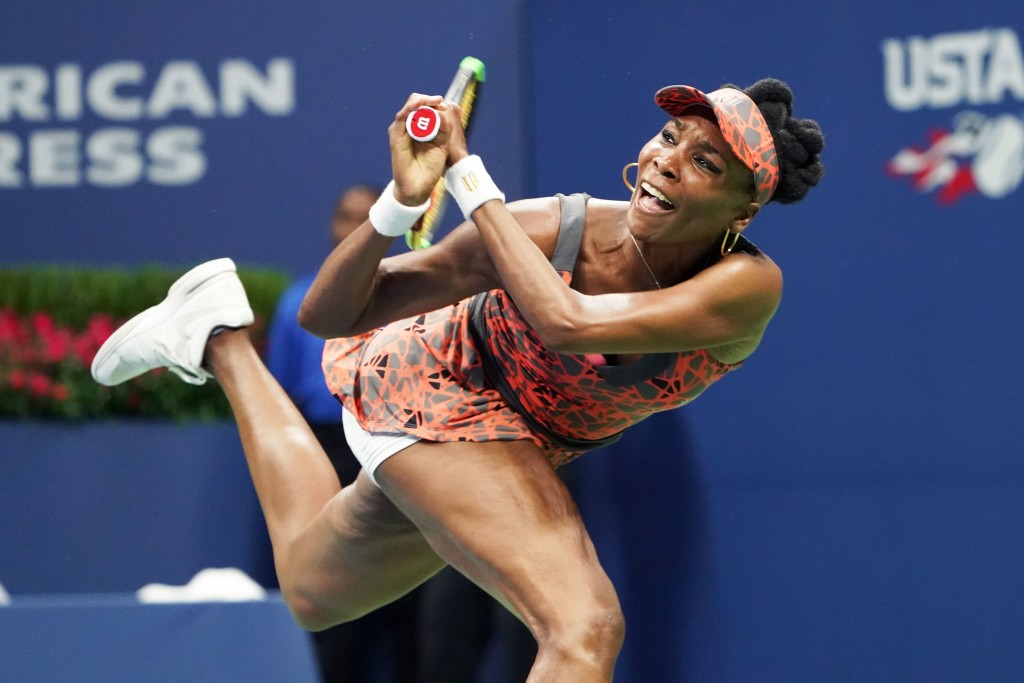 VW is a popular draw for the home crowd in the Big Apple.

LONGEVITY THE KEY TO HER SUCCESS

Venus’ appearance at the 2017 edition of the US Open – her 76th in Grand Slams – is an Open Era record as she comfortably leads fellow American Amy Frazier (71), all-time great Navratilova (67), Italian Francesca Schiavone (67) and sister Serena Williams.

She has missed only eight major tournaments since debuting way back in 1997 and after reaching the final of Wimbledon in July, Williams now holds the record for the largest span of years of competing in Grand Slam finals (20).

2017 started in the best way possible for the 37-year-old after she reached the Australian Open final – the first time she had contested a major final showdown since 2009 – only to lose to sister Serena.

The five-time Wimbledon champion also reached her first SW19 final in eight years – losing to Spaniard Muguruza – in a vintage run on the lawns of south-west London.

It was the first time she had reached the finals of two majors in the same year since 2003. In New York, she will be vying for her first Slam since Wimbledon 2008.

Without doubt, it has been Venus’ best season in slams for years and even she has found it hard to get to the bottom of the reasons behind her terrific form, when quizzed in press conferences. 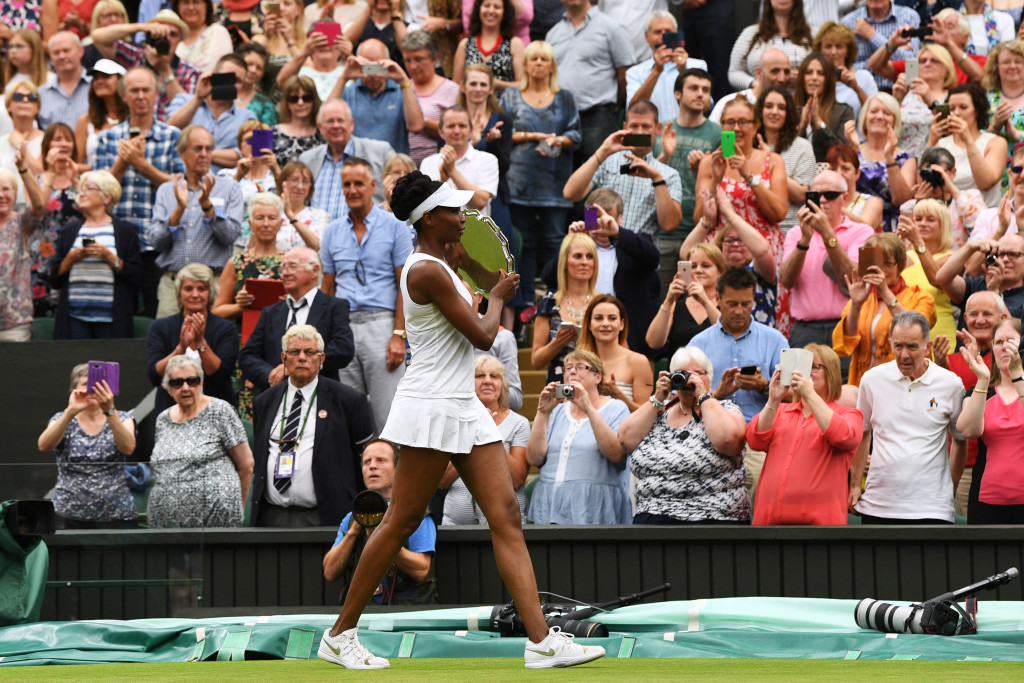 Venus couldn’t quite produce her best in the Wimbledon final.

Aged 37 and three months, Venus is the oldest player to have advanced through to the semi-finals of a Grand Slam since 1994 – when Navratilova recorded that feat aged just two months older.

Could she become the oldest winner of them all come Saturday on Arthur Ashe Stadium?

We’ll soon find out but this has certainly been the year of the veteran with a certain 36-year-old Roger Federer winning two Grand Slams also.

It goes to show that with modern sports science techniques and recovery, players are being able to play on for much longer at a higher level.

After reaching the semi-finals, Venus is guaranteed to return to the top five of the WTA rankings for the first time since January 2011 – and if she wins the title – she can climb as high as No.2 in the world, depending on other results.

6 — Venus’ current position in the Race to Singapore standings

20 — years since Venus played her first US Open. She made the final on her debut

Petkovic reveals her hidden talent, biggest fear and more in her ...