Juan Martin Del Potro admits he will not be physically 100 percent fit to face world number one Rafael Nadal in Friday’s potentially blockbuster US Open semi-final.

The 28-year-old Argentine has been plagued by injuries since he won his only Grand Slam title in New York in 2009, beating Roger Federer in the final and Nadal in the semi-finals.

He gatecrashed the tournament again on Wednesday when he defeated Federer in a gripping quarter-final 7-5, 3-6, 7-6 (10/8), 6-4 to reach his fourth Grand Slam semi-final.

“Against Rafa, it will be a much harder match. I am not in good condition,” said Del Potro, who had needed five exhausting sets and saved two match points to beat Dominic Thiem in the fourth round.

“But it’s a semi-final so anything can happen. I have to be ready to face Rafa in my favorite tournament.

“I will try to exploit the atmosphere and if I play my best I can be a danger to him.”

He had also crushed Nadal in straight sets in the semi-finals, losing just six games. He was just 20 at his time and had the world at his feet. 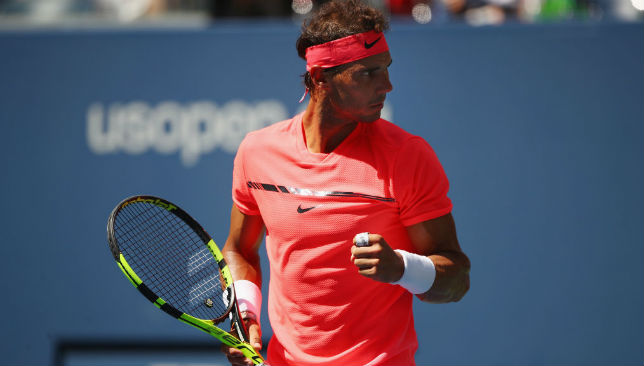 Nadal cruised through in his last eight clash.

However, he went on to undergo four wrist surgeries, missed 10 Grand Slams and, at one stage last year, his world ranking slumped to 1,045.

That left him even contemplating retirement before a run to the Olympic final in Rio — beating Nadal in the semi-finals — helped reinvigorate his passion for the sport.

Despite his doubts, he is used to playing exhausting semi-final epics – at Wimbledon in 2013, he lost to Novak Djokovic in 4hr 43min, the longest Slam semi-final ever played.

His Roland Garros semi-final defeat to Federer in 2009 was also a five-setter.

“Against Rafa, he is a lefty so he will come after my forehand,” added Del Potro.

Nadal will take an 8-5 record over Del Potro into the semi-final, where the winner will face either Kevin Anderson or Pablo Carreno Busta for the title.

“Juan Martin is a top player. When he’s playing well, it’s difficult to stop him. Probably the forehand is maybe the fastest on the tour,” said Nadal, who is chasing his second major of the year to add to his French Open.

Federer, who raced into the interview room after his defeat, praised Del Potro, saying, “Juan Martin fought like a lion.”

“I feel like the way I’m playing right now it’s not good enough to win this tournament. It’s better I’m out and somebody else gets a chance to win.”

Another INCREDIBLE victory for @delpotrojuan as he defeats Federer 7-5, 3-6, 7-6, 6-4 to reach the #USOpen Semifinals! pic.twitter.com/PSVGcQWICn