Xabi Alonso has announced his decision to move into football management.

Having enjoyed a 17-year career that saw him feature for Real Sociedad, Eibar, Liverpool, Real Madrid and Bayern Munich, Alonso is ready to step back into the competitive scene after retiring last season.

The 35-year-old won 17 trophies over the course of his playing career and it will be interesting to see if he is capable of adding to his silverware as a manager, just as the likes of Zinedine Zidane has done in recent times.

Here's a look at the top ten successful transitions from player to manager.

A World Cup triumph back with West Germany back in 1974 was the pinnacle of Jupp Heynckes' career as a player. He also led Borussia Monchengladbach to four Bundesliga titles, becoming their third highest goalscorer of all-time.

As a manager, he won the Champions League with Real Madrid in 1998 but his crowning moment came in his final year in coaching. The German tactician joined an elite group of managers to win a European treble when he secured the Bundesliga, German Cup and Champions League with Bayern Munich in 2013.

The feat was all the more remarkable as it was announced in January that year that he would be replaced by Pep Guardiola in the following season. He left the Spaniard with a top quality team but set the bar ridiculously high as well. Top that, Pep.

Diego Simeone as a player is very much what you get with Diego Simeone as a manager. His tenacious, hard-working, passionate and energetic displays from pitch has influenced his demeanour on the touchline and transitions to the players he coaches as well.

Winning trophies in Italy and Spain during his playing career, Simeone has gone on to win silverware as a manager as well. After achieving domestic success in Argentina, it's his time at Atletico Madrid that has turned heads.

He's managed to make Los Rojiblancos compete with Spanish juggernauts Real Madrid and Barcelona on a regular basis, winning the league in the 2013-14 season while also leading the team to the Champions League finals twice.

Antonio Conte rubbed shoulders with and challenged some of the world's best in his time on the pitch. Despite the success he enjoyed, he also learned from big disappointment after losing Champions League finals in 1997 and 1998, a World Cup final in 1994 and a European Championship final in 2000.

That probably contributes to his drive as a manager, already winning three Serie A titles with Juventus and leading Chelsea to the Premier League title in his first season in charge.

When you think of the best players to ever grace a football pitch, Zinedine Zidane's name is always in the mix. He was mesmerising on the pitch and a maestro in every sense of the word, winning honours with Juventus, Real Madrid and France.

Given his rather mysterious aura as a player and the fact that his final game ended in a sending off after the infamous headbutt on Marco Materazzi in the 2006 World Cup final, no one pegged him as someone who would go into management.

That's why his instantaneous and overwhelming success as Real Madrid manager has been so impressive. Within his first two years at the helm, he's already won seven trophies, including consecutive Champions League triumphs and a league title. 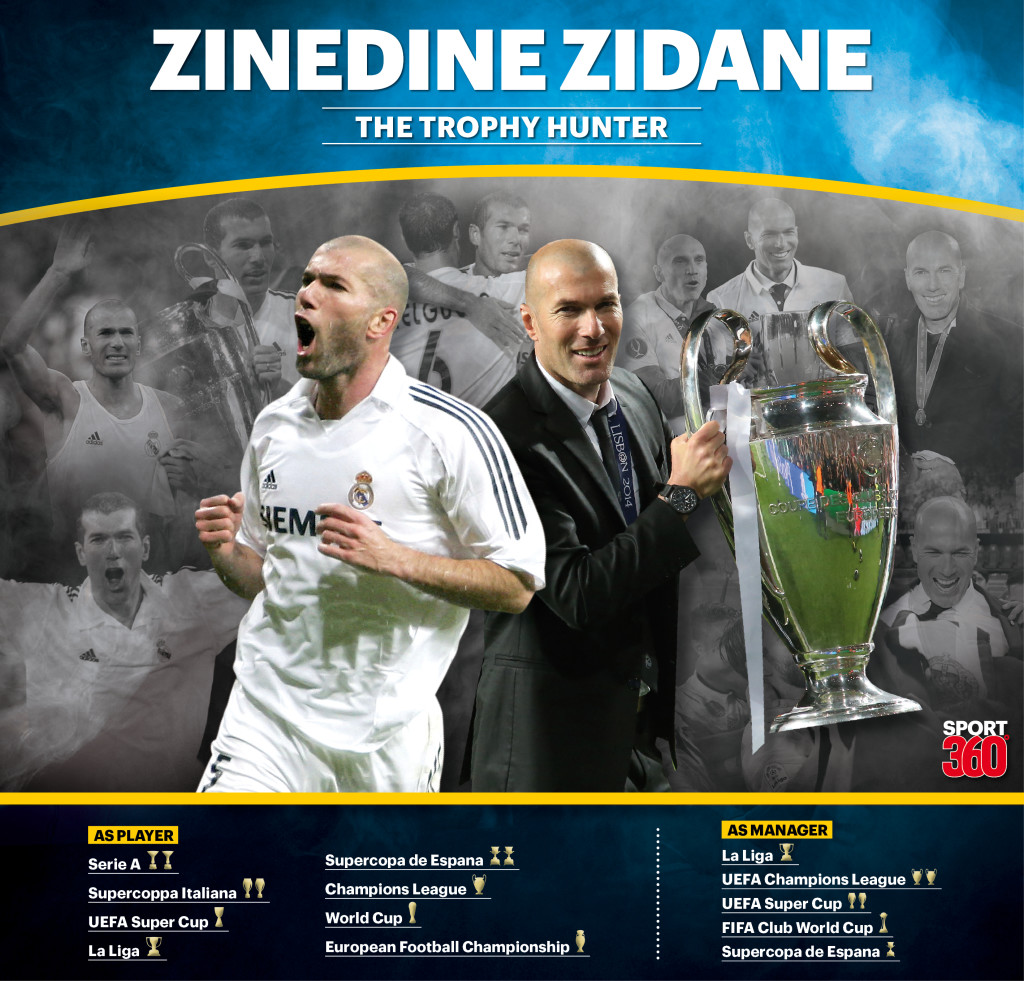 Franz Beckenbauer is one of the true greats of football but his playing career is particularly special because it saw a very specific position rise to prominence, that of the sweeper. 'Der Kaiser' achieved World Cup and European Championship glory with Germany while also enjoying a trophy laden 11-year spell with Bayern Munich.

After turning to coaching, he became one of only to men to win the World Cup as a player and manager after leading Germany to international glory in 1990.

An absolute legend at Liverpool. Kenny Dalglish made his name as a quick, lethal forward. He remains one of the best Scottish football exports, winning a remarkable six league titles with Liverpool and three European titles.

He won another three league titles with the Reds as manager in his first spell with 60.9% win rate before leading Blackburn to the Premier League crown in the 1994-95 season. His second stint at coaching Liverpool wasn't as successful but he did end their trophy drought with a League Cup win in 2012.

Yet another midfielder to make it as a tactician, Carlo Ancelotti has a reputation for winning club football's biggest prize in Europe; the Champions League. He won the coveted trophy not once, but twice as a player and manager.

Meanwhile, he's also the first manager to win league titles in four of Europe's top five major leagues having secured one triumph each in Serie A, the Premier League, Ligue 1 and the Bundesliga. 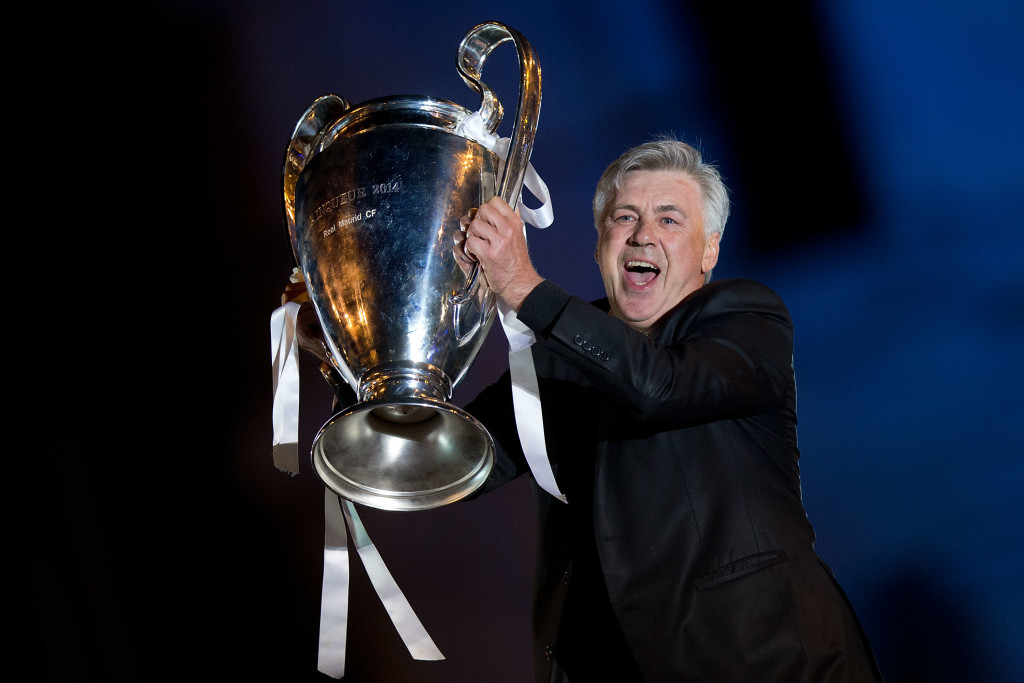 Younger football fans will remember Giovanni Trapattoni for his lacklustre five years in charge of the Republic of Ireland but that was a supreme managerial career fizzling out at its end.

The Italian won Serie A twice with AC Milan but as a manager, he repeated the feat with Juventus on another six occasions over a decade. He also led them to European success before claiming league titles with Inter Milan, Bayern Munich, Benfica and Red Bull Salzburg.

A midfield general at Barcelona during his playing career, he secured six La Liga titles and passed on the baton to a young Xavi, who he then coached a few years later.

After his success with Barcelona B, he was appointed as first team coach in 2008. What followed was Barcelona's golden era. With the likes of Lionel Messi, Xavi and Andres Iniesta dominating, they won three consecutive league titles and two Champions League before going on sabbatical.

He repeated that level of domestic dominance with Bayern Munich in the Bundesliga before joining Manchester City last year where he endured the first trophyless season of his managerial career.

Johan Cruyff was a symbol for beautiful, attacking football. He was an iconic figure whose philosophy has influenced some of the finest coaches of the modern era. And he wasn't bad as a player either.

Winning three Ballon d'Or awards as a player, the creator of the 'Cruyff Turn' is easily among the best players of all-time. He went on to be a revolutionary coach, implementing his own brand of possession football that would leave a lasting impact on Barcelona. 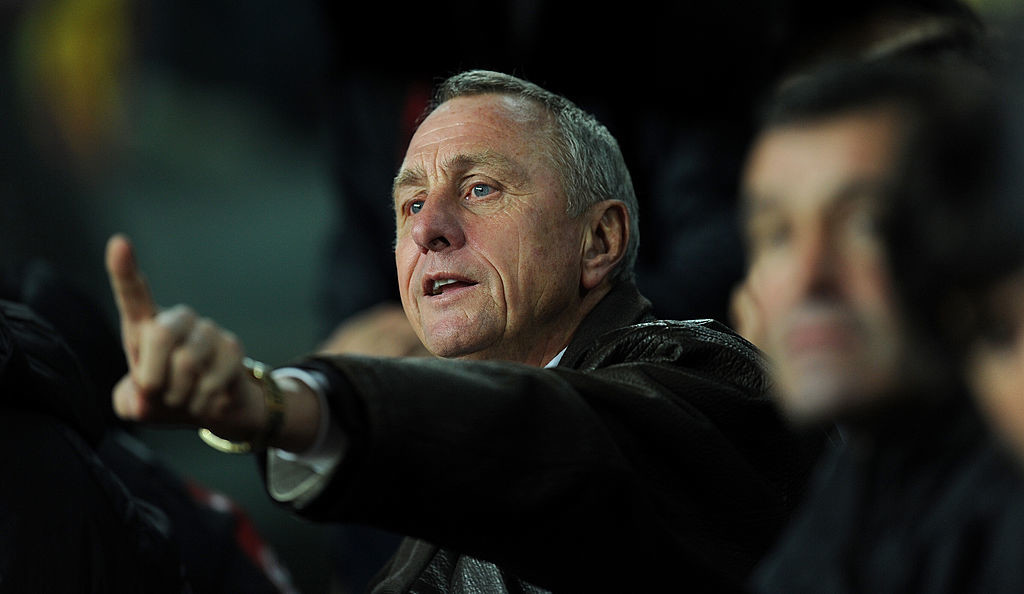