Nine months later Los Blancos deservedly reached that goal, and Zidane is due a great deal of for his authoritative but sensible management of his squad.

Zidane’s greatest achievement, as he has noted himself, was allowing every player to justifiably feel they were making a significant contribution to their team’s challenge, with the French coach’s rotation policy allowing back-up performers like Kiko Casilla, Mateo Kovacic and Lucas Vazquez to gain a meaningful amount of playing time. 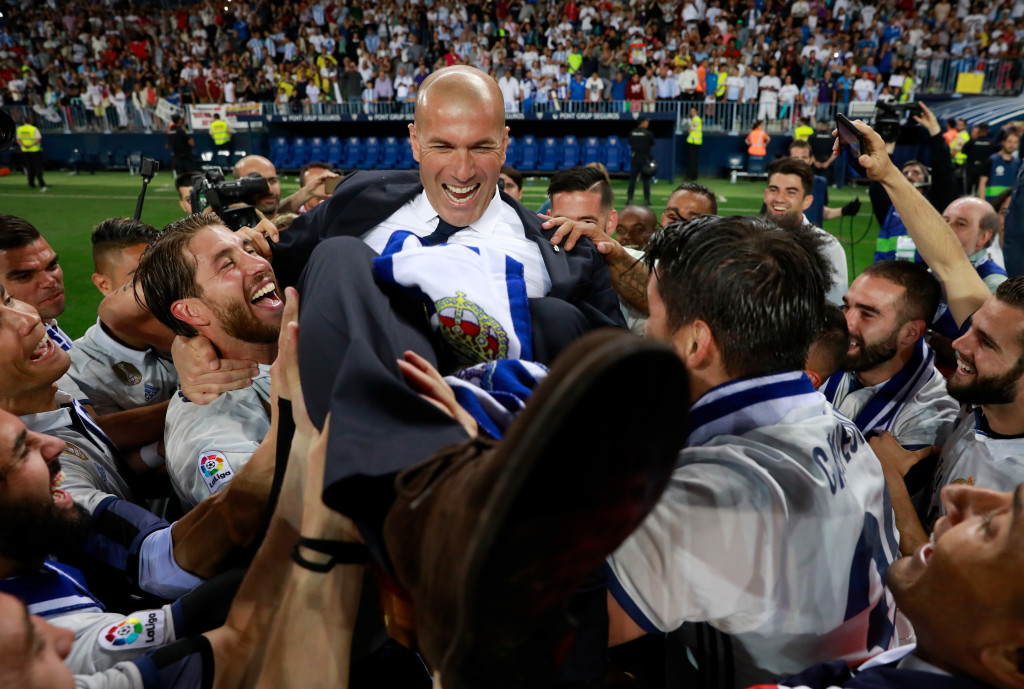 Keeping everyone on the same page is not easy in the ego-laden environment of the Bernabeu dressing room, but Zidane’s genuine commitment to using all his players – along with the respect he commands with his calm but firm personality – was able to maintain harmony even during the periods of the campaign in which the team struggled.

And there were plenty of those, because Madrid gained plenty of their victories despite playing pretty poorly. Around the middle of the season, in particular, Los Blancos were forced to rely on desperate comebacks and late heroics to scrape victories they barely deserved, and for a long time their results were much better than their performances.

Something that was never lacking, though, was an unshakeable sense of inner confidence, with Zidane’s players clearly firmly believing that no matter how poorly they happened to be playing, if they just kept on fighting to the end, they would eventually find a way to win.

And that combination of squad depth, unity and self-belief eventually bore fruit for Los Blancos – in large part because the exact opposite state of affairs was prevailing at their nearest challengers Barcelona.

It was not a good campaign for the Catalans, who only managed to finish as close as three points behind the champions thanks to the endless heroics of the incomparable Lionel Messi, who single-handedly rescued his team on countless occasions.

It was a good job Barca had Messi because on a collective level they were far from convincing, as manager Luis Enrique appeared to spend the season groping around for a playing system that worked and always failing to find one which consistently looked good.

It’s only a slight exaggeration to state that watching Barca sometimes gave the impression of ten players standing around and hoping for the other one to do something amazing, and their new manager – presumably Ernesto Valverde – has a lot of work in order to build a true team rather than a group of talented individuals. 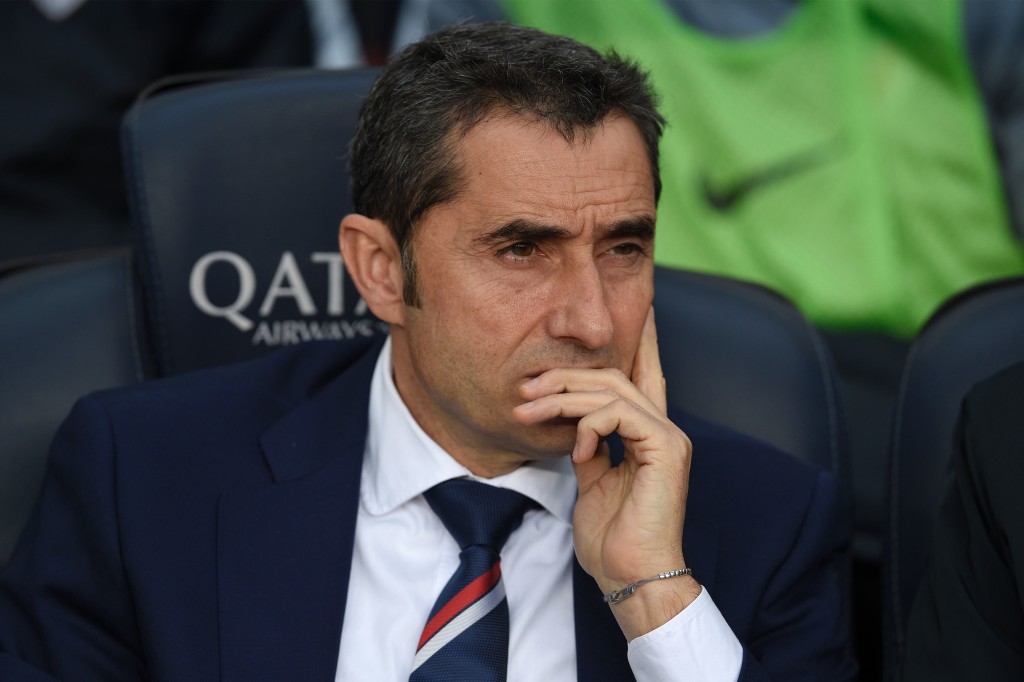 For a while it appeared that La Liga would be a four rather than two-horse race as Atletico Madrid and surprise package Sevilla mounted a strong early challenge, but in the end the dual demands of competing at home and in the Champions League exposed their limitations and Argentine coaches Diego Simeone and Jorge Sampaoli saw their teams fall well off the pace.

Just below them, two of the league’s biggest success stories were Villarreal and Real Sociedad, who exceeded expectations to secure qualification for next season’s Europa League. 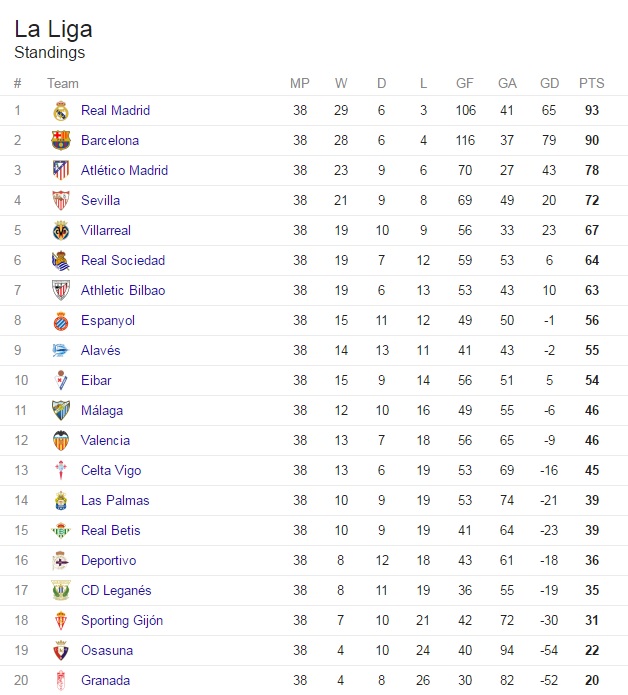 At the other end, the relegation battle was unusually tame with Granada and Osasuna looking out of their depth from very early in the season, and Sporting Gijon also succumbing before the final weekend.

Newly-promoted Alaves were the surprise package as they enjoyed mid-table comfort and progressed to next weekend’s Copa del Rey final which will probably allow Barca to at least finish their campaign on a high. But La Liga – after a painful five-year wait – again belongs to Real Madrid.

TEAM OF THE SEASON 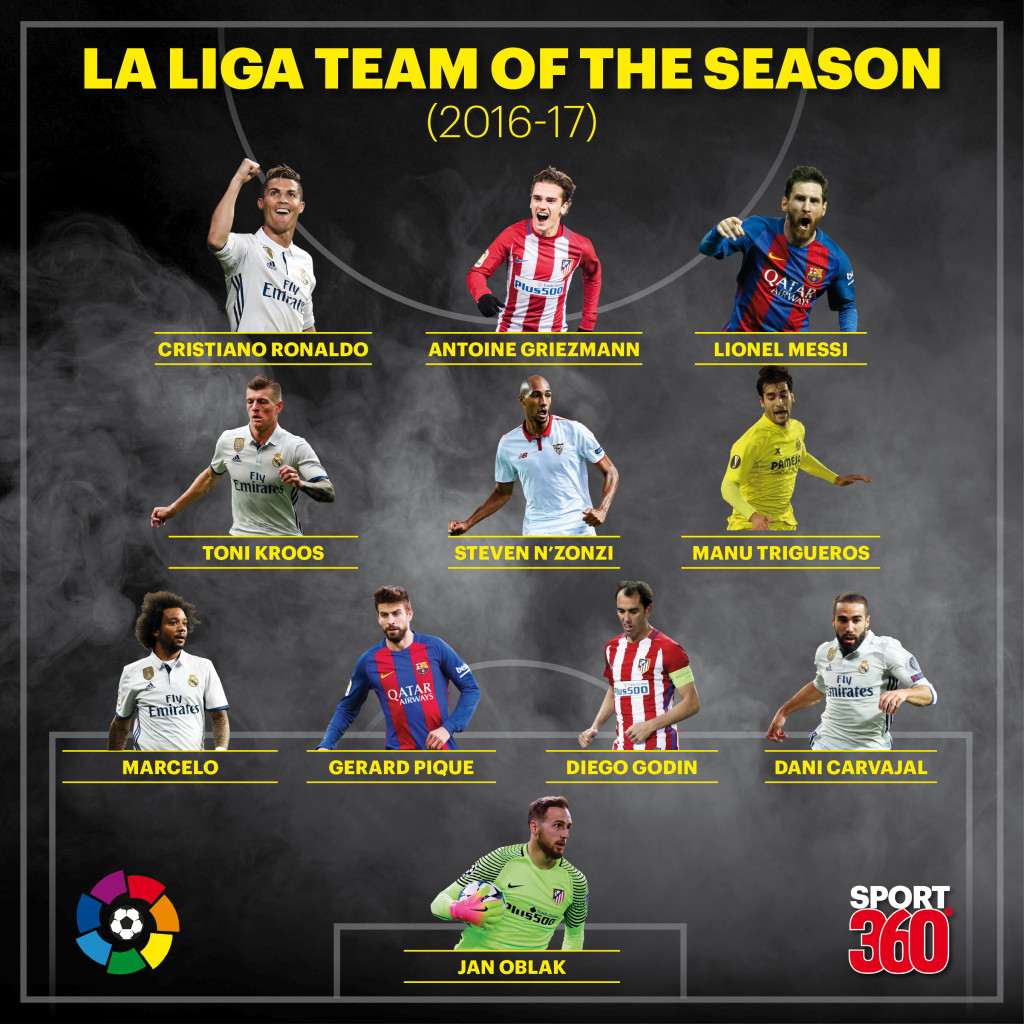 Player of the Season

He didn’t win the title but Lionel Messi was the only reason Barcelona took their challenge to the final day.

Young Player of the Season

Marco Asensio showed himself to be a major future star with some scintillating performances towards the end of Real Madrid’s triumphant campaign.

Veteran keeper Diego Lopez was thought to be well past his best, but his outstanding form made Espanyol’s defence one of the best.

Zinedine Zidane might not be a tactical innovator but he led Real Madrid perfectly, getting the most out of his whole squad.

Andre Gomes desperately struggled to make an impact at Barcelona after joining from Valencia, often singled out for criticism by fans.

April’s Clasico had everything, including a winning goal for Lionel Messi with 12 seconds remaining to keep the title race alive.

Goal of the Season

A dazzling one-touch passing move culminated with an outrageous backheeled assist by Tana and an acrobatic precise volley from Boateng.

After Sevilla and Atletico Madrid fell away, hopefully one of them will mount a stronger challenge to the big two next year.

Player of the Season - Lionel Messi