After more than 3,000km of arduous racing through France, Andorra and Spain, UAE Team Emirates wrapped-up their first Vuelta a España on Sunday, marking the culmination of a successful debut for the new team at the three historic Grand Tours.

The Vuelta a España was the final showdown of the season and is the youngest of the three Grand Tours, starting in 1935. The Giro d’Italia began in 1909 whilst the Tour de France was established in 1903.

In the video above, watch video highlights provided by UAE Team Emirates, from the final Grand Tour event of the season. 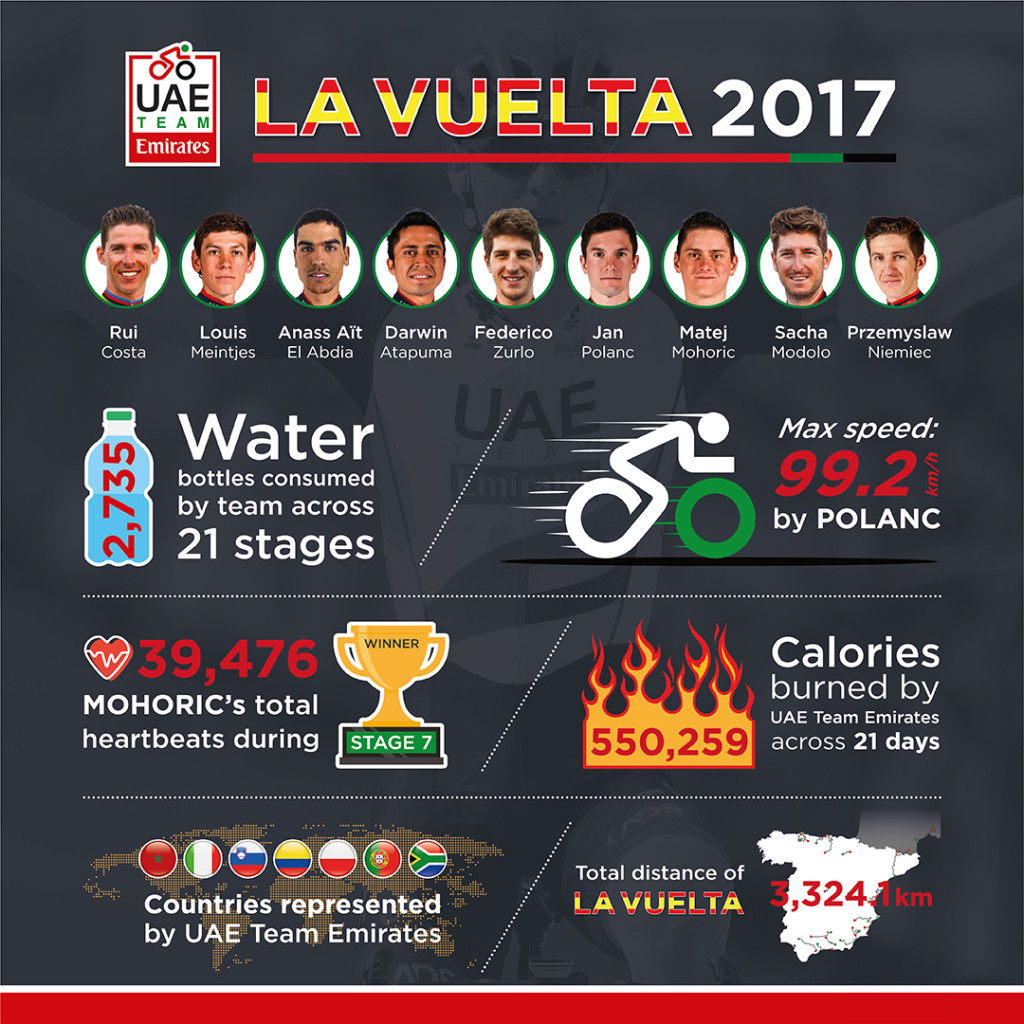 What's next for Chris Froome - a record-tying Tour de France win or a...